One of the most eagerly awaited new models of 2019, Toyota South Africa has quietly revealed pricing details of the revived Supra on its website. With the official local unveiling set for tomorrow (Tuesday 16 July), the local Supra line-up will consist out of three models, all powered by the same 3.0-litre turbocharged straight-six engine as its co-developed sibling, the BMW Z4 M40i, and which produces 250kW/500Nm.

An eight-speed automatic gearbox is the sole transmission option with Toyota claiming a limited top speed of 250 km/h and 0-100 km/h in 4.3 seconds. Claimed combined fuel consumption is rated at 7.7 L/100 km with the taxable emissions at 177 g/km. 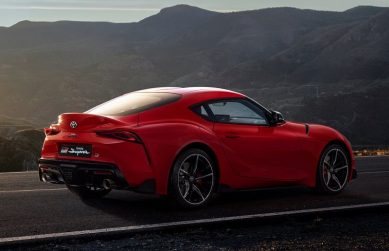 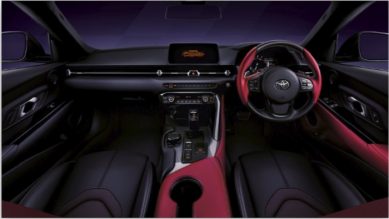 At the top-end, the so-called Matte Grey effectively mirrors the GR’s spec level with the only distinguishing feature being its Matte Strom Grey colour option.

In terms of the colour palette, the Track only has one option, Prominent Red, while the GR can he had in six other finishes; White Metallic, Ice Grey Metallic, Prime Silver Metallic, Luminous Black Metallic, Grand Blue Metallic and Striking Yellow.