Its most extreme take on the Huayra since this model replaced the Zonda six years ago, Pagani has unveiled a limited edition version of the Roadster dubbed the Huayra Roadster BC. The result of a two-year development run since the original Roadster bowed at the Geneva Motor Show, the BC incorporates the latest iteration of Pagani’s radical carbon fibre/titanium chassis known as carbon-titanium, which the Italian marque claims has improved the torsional rigidity by 20% and the flexional rigidity by 12% despite the removal of the roof. 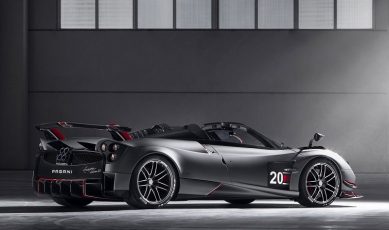 Tipping the scales at 1 250 kg, the BC’s revisions run deeper in that it comes with new aerodynamics made up of a redesigned splitter and all-new body, wider fender vents, a fixed rear wing and tweaked suspension to generate up to 500 kg of downforce at 280 km/h.

Equipped with a six outlet, titanium exhaust system, the BC rides on 14-spoke, forged APP alloy wheels measuring 20-inches at the front and 21-inches at the rear, wrapped in bespoke Pirelli PZero Trofeo R tyres said to have generated a lateral acceleration of up to 2.2 g during testing. 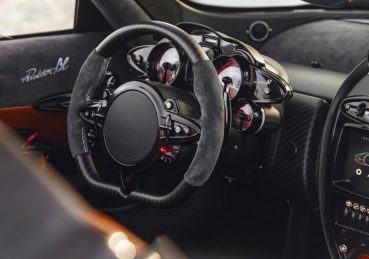 In addition, the Brembo sourced brakes are carbon ceramic and utilise a six-piston, one-piece caliper setup at the front and a four-piston, single-piece design at the rear, with the rotors measuring 396 mm and 380 mm respectively.

Nestled at the rear, the BC comes powered by a newly designed version of the AMG-sourced twin-turbocharged 6.0-litre V12 which, amongst others, boasts a hydroformed manifold, four water-air intercoolers, twin throttle bodies and a unique Bosch electronic system to develop 596kW/1 050Nm, send to the rear wheels via an Xtrac developed seven-speed sequential gearbox. Surprisingly, no performance figures were revealed. 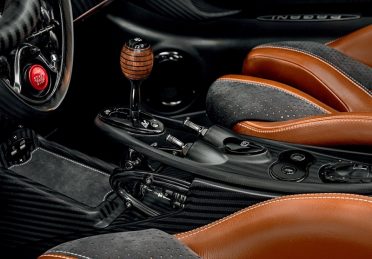 Accordingly, production of the BC will be limited to 40 units at a reported €3-million (R47 729 010) apiece, all of which have been accounted for already.