New Audi A7 finally priced, S7 and RS7 confirmed for next year

Only a single, fully specced A7 model will be offered, the 55 TFSI Quattro S tronic Having made its public debut as long ago as the Festival of Motoring at Kyalami in August, Audi has now officially released pricing of the long awaited second generation A7 Sportback. 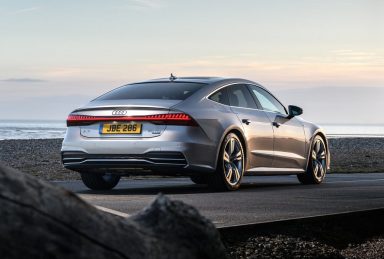 As initially expected, only a single, fully specced model will be offered, the 55 TFSI Quattro S tronic that derives its power from the mild-hybrid 3.0 TFSI V6 that produces 250kW/500Nm. The same engine used in the Q8, the electrified bent-six is paired to a seven-speed S tronic transmission and with power going to all four wheels, will propel the A7 from 0-100 km/h in 5.3 seconds and on to a limited top speed of 250 km/h. From the options list, buyers can opt for alloy wheel sizes up to 21-inches, Heads-Up Display, sport or S line seats trimmed in Valcona leather, the latter part of the S line pack that boasts a gloss black finish for the Singleframe grille, door sills, front apron, diffuser and air inlets, and a choice of four suspension layouts; the standard steel setup, the sport suspension that sees the overall ride height drop by 10 mm, the electronically controlled damping setup and the adaptive self-levelling air suspension. In addition to the A7, Audi has also confirmed availability of the S7 and red-hot RS7 models from next year with the former touching down first in the first quarter.

Unveiled earlier this year, the S7 will however arrive in South Africa without the 257kW/700Nm mild-hybrid 3.0 TDI engine and instead feature an electrified 2.9 TFSI V6 petrol outputting 331kW/450Nm with drive going to all four wheels via an eight-speed Tiptronic gearbox. The second half of the year will see the arrival of the RS7 that made its world debut two months ago at the Frankfurt Motor Show. Outfitted with a mild-hybrid twin-turbocharged 4.0 TFSI V8, the RS7 produces 441kW/800Nm and will get from 0-100 km/h in 3.6 seconds before hitting the electronic buffers at 250 km/h.

Pricing for these models will only be revealed at their respective launch dates next year.