New chairman Markus Duesmann was said to have questioned the existence of a number of current models, including the TT and R8. Based on the newest report from Autocar though, the mentioned plans for both models appear to have fallen foul of Audi’s Transformation Plan which the British publication reports “aims to provide an even more effective streamlining of operations and greater savings”. 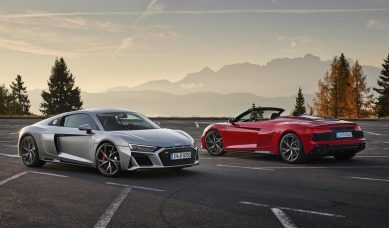 A measure reportedly initiated by Schot two years ago following his replacing of disgraced former chairman Rupert Stadler, the plan, which has so far reportedly saved Ingolstadt an estimated €4.4-billion, has been taken forward by new chairman Markus Duesmann who succeeded Schot upon his retiring in April.

Allegedly, Duesmann was said to have questioned the existence of a number of current models, including the TT and R8, with an unnamed source telling Autocar that, “cars like the TT and R8 were reviewed as part of a general cost-cutting process in the past. However, they have now come under increased focus”.

Aside from the rolling-out of 20-30 electrified models by 2025, the Transformation Plan’s projected savings cap of €15-billion, according to the report, could also impact the status of the MLB platform developed by the four rings, as it could be moved closer to that of the MSB used by the Bentley Continental GT and the Porsche Panamera.