BMW 7 Series is performance at its best

It was 1977 when BMW introduced the 7 Series and almost four decades later it continues to push the boundaries of technology.

Last week in Portugal the sixth generation of the Bavarian flagship was launched. Produced at the Dingolfing plant in Lower Bavaria, the facility that builds the aluminium bodies for the Rolls Royce stable, the new 7 Series will be available in three styling packages, M Sport, Pure Excellence and Individual design.

Due for release in South Africa next year lineup will be the 730d, 740i, 750i and 750 Li, the latter the long wheelbase version. In the third quarter of 2016 the 740e, a plug in hybrid model with an internal combustion engine and technology from BMW eDrive program, will join the range.

At the international launch only two derivatives were available, the 750 Li and the 730d. Styling reflects its predecessor but the all new 7 Series has a more svelte and aggressive appearance. The headlight clusters now connect with the larger kidney grille assembly. Chrome trimmed air releases at the rear of the front fenders follow the lower edge of the door line, enhancing the cars lower leaner appearance. LED headlights are standard with the option of BMW’s Laserlight with Selective Beam, these lights double the range to 600 metres, and originate from the innovative i8. A first for BMW is the active air flap system, this opens more bars in the kidney grille and lower air intakes when increased engine and braking cooling is required. These close during warm up and low load running providing improved aerodynamic efficiency.

In the quest for greater efficiency, the 7 Series takes another step forward with the implementation of the Carbon Core discipline. This utilises carbon fibre reinforced plastic within the lightweight steel and aluminium body shell reducing overall mass by 130kg. Despite this reduction the overall torsional rigidity increases, providing a more solid platform which enhances chassis dynamics.

The interior expresses quality and luxury, it’s a spacious cabin that’s centered round the driver and provides a highly efficient cockpit area. Switchgear and instrumentation is well positioned and easy to operate and of course features BMW’s iDrive but with a difference. For the first time it uses a large touchscreen mounted on the upper dash panel, but for those who prefer the conventional rotary selector switch it is still on the centre console. The list of options available for the 7 Series is extensive. One of these is the new gesture control which uses a 3D sensor and allows control of the infotainment system by a series of predetermined hand signals, no need to make physical contact with the switchgear.

Another world first is the Remote Control Parking facility. In conjunction with the new Display Key, yes the key has an integral display panel, the driver can manoeuvre the car in or out of forward parking bays or garages without being in the car.

Leaving the Alfandega Nova building on the banks of the Duoro River in the city of Porto my route covered a considerable amount of freeways as well as some secondary roads. It’s a little intimidating driving a car that seems to be considerably wider than the narrow roads that cover most of northern Portugal but it appears that manufacturers enjoy challenging ones driving skills. It was time to give the 750 Li its head.

The 4,395cc V8 petrol engine provides 330 kW between 5,500 and 6,000 r/min and 650 Nm of torque between 1,800 and 4,500 r/min, with two TwinScroll turbochargers, direct injection, VALVETRONIC and Double-VANOS .Power to the road is through an 8 speed Steptronic automatic gearbox which has a gear change strategy assisted by navigation route data.

Claimed figures are 4.4 seconds from standstill to 100 km/h, top speed 250 km/h with emissions at 189g/km and a combined consumption of 8.8 l/100km. The standard fitment 2 axle automatic self leveling air suspension with Dynamic Damper Control provides excellent ride quality and handling. To take handling to a new level there is the optional Executive Drive Pro a chassis control system which employs electromechanical anti-roll bars and detects road surface irregularities and adjusts the dampers to suit. 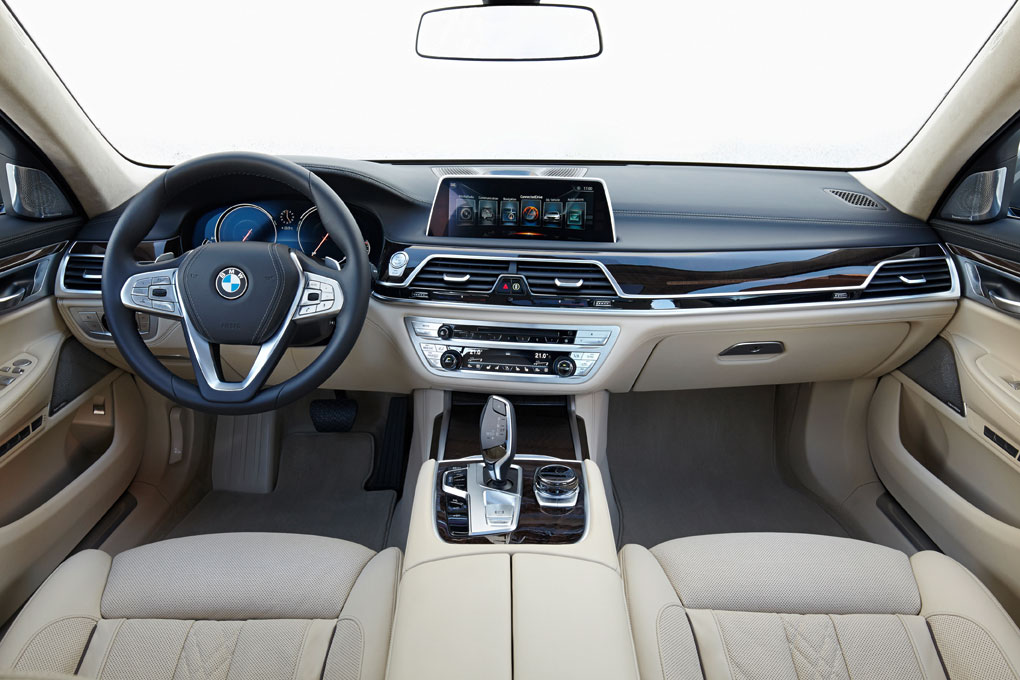 The Driving Experience Control, which has been a feature on BMW’s for some time, now adds another driving program with the ADAPTIVE mode, this adjusts the cars dynamics to match driving style and the road characteristics.

From the overnight halt in the beautiful Duoro Valley, the second days drive took me back to Porto on a mixture of roads, this time it was at the wheel of the 730d.

I have to admit that this is an engine I have always enjoyed, with its huge torque, excellent economy and very sprightly performance, it provides an incredibly leisurely driving experience and is my pick of the range.

The 7 Series has always provided an excellent driving experience. The sixth generation has taken the iconic sedan into another dimension of luxury, performance and technology.