Smart’s revisions have gone the other way with the removal of the rear parking sensors and reverse camera. Entering its third year of production this year, Kia has introduced a number of specification upgrades to the Picanto range, including the removal of some models.

Starting the upgrades off, the entry-level Start now comes as standard with a passenger’s airbags and ABS, while the next step-up Street receives rear electric windows, heated and electric mirrors, the eight-inch touchscreen infotainment system with Apple CarPlay and Android Auto and newly designed plastic covers for the 14-inch steel wheels. 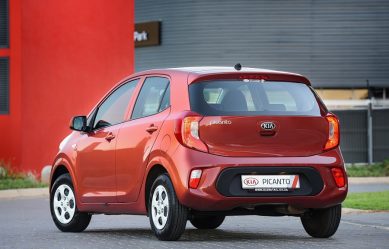 The mid-range Style is next and benefits from 14-inch alloy wheels, a leather-wrapped multi-function steering wheel and gear knob, as well as folding electric mirrors with integrated indictors.

At the sharp-end, the Smart’s revisions have gone the other way with the removal of the rear parking sensors and reverse camera, both now optional, and inclusion of a sunroof that previously featured on the options list. According to Kia, the removal of said features came as a result of customer feedback where more emphasis on connectivity and infotainment was placed. 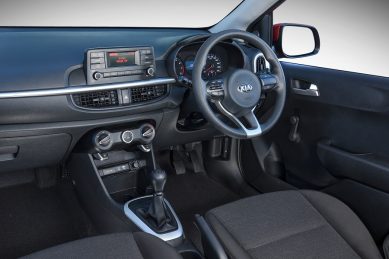 Up front, the automaker has kept the existing engine line-up unchanged, but with the Street no longer offering the 1.2-litre petrol engine and the Smart doing without the smaller 1.0-litre motor. In addition, both engines’ outputs are unchanged with the three-pot again producing 49kW/95Nm and the four-cylinder 61kW/122Nm. A five-speed manual gearbox is standard across the line-up with a four-speed automatic optional.

As before, the Picanto is offered with a five year/unlimited km warranty and a two year/30 000 km service plan.