F5 serves as the entry-level model in Haval’s F-series and boasts a more bolder look than the H6 on which it is based. With sales in South Africa continuing to rise, Haval has unveiled its all-new F5 compact SUV at the Delhi Auto Expo in India that could be heading to local shores if given approval.

The first in a batch of new models that will spearhead the Chinese marque’s entry into the Indian market after parent company, Great Wall Motors (GWM), acquired the former General Motors (GM) factory in the city of Talegaon in January following Detroit’s exit three years ago, the F5 serves as the entry-level model in Haval’s F-series and boasts a more bolder look than the H6 on which it is based.

Sporting a coupe-like look with styling traits taken from not only the recently updated H2 but also a similar frontal appearance to the long since discontinued Fiat Bravo-based Lancia Delta, the F5 measures 4 470 mm in overall length with a wheelbase of 2 680 mm, height of 1 638 mm and width of 1 857 mm. 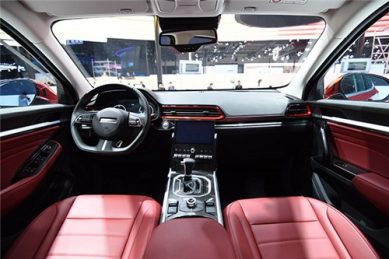 Shown in left-hand-drive at the Indian showpiece, the F5 is offered in its home market with a solitary drivetrain option; the same 1.5-litre turbocharged petrol as the H2 that has been retuned to produce 124kW/285Nm and paired to a seven-speed dual-clutch gearbox. A six-speed manual could however be added at a later stage.

Along with the H9 that bowed in Delhi as Haval’s rival for the Toyota Fortuner, Ford Endeavour (Everest), Isuzu MU-X and Mitsubishi Pajero Sport, the F5 could enter production at the mentioned plant next year or possibly even in 2022. As indicated however, it remains to be seen whether it will be considered for entry into South Africa.