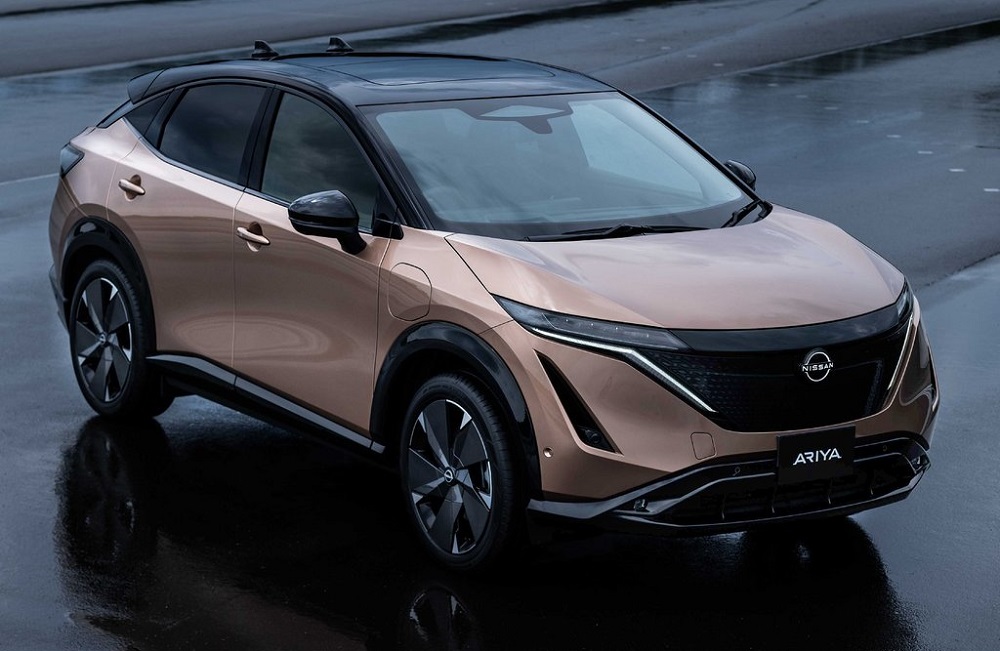 Unveiled at the Tokyo Motor Show last year, the Nissan Ariya has made the transition from concept to production model at a special showing in Yokohama during the early hours of Wednesday morning (15 July).

Surprisingly little toned down from the concept, the Ariya represents Nissan’s latest mass market EV after the Leaf and also marque’s first all-electric crossover that is claimed to “combine advanced electric vehicle technology with a new level of seamless human-machine interface connectivity”.

Conforming to a type of styling direction not seen by any current Nissan product, one which the marque has dubbed “Timeless Japanese Futurism”, the Ariya introduces the brand’s new corporate logo resplendent on the 3D effect V-motion grille, while the headlights and almost U-shaped front facia draws similarities with that of the Mercedes-Benz EQC. 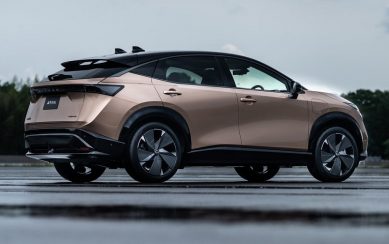 Measuring 4 595 mm in overall length with a wheelbase of 2 775 mm, height of 1 655 mm and width of 1 850 mm, the Ariya sports a considerable rear overhang and lowered coupe-like roofline, with Nissan describing the rear facia as giving a “blacked-out” effect together with a “sleek” look when the lowered roof is taken into account.

Riding on 19-inch five-spoke alloy wheels with 20-inches being optional, the claimed boot capacity is 408-litres with the rear seats up and while buyers can opt for a choice of four colours, the Ariya boasts six two-tone hues, each with a black roof,  including the launch colour called Akatsuki.

Inside, the futuristic interior, which Nissan claims is “more akin to a sleek cafe lounge on a starship”, sports a minimalist design with the 12.3-inch touchscreen infotainment display being embedded in the dashboard, physical button replaced by contact touchpad-like points integrated into the dash underneath the mentioned display, and a centre console completely separate from the facia. 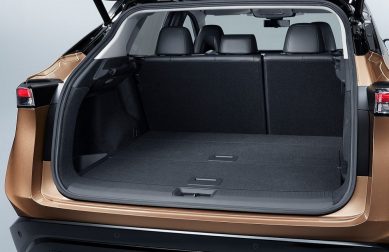 Aside from the 12.3-inch digital instrument cluster, the Ariya follows the latest voice command trends with occupants merely saying, “Hello/Hey Nissan” if not keen on scrolling through the infotainment. A colour Heads-Up Display comes standard along with over-the-air updates, ambient lighting and setting of various functions using the Nissan Connect smartphone app.

On the safety front, Nissan’s latest ProPILOT semi-autonomous system takes centre stage and allows for hands-off driving, but only where legislation allows. In addition, Rear Automatic Emergency Braking stars, as does Forward Collision Warning and the 360-degree Around View Monitor.

Nestled underneath its exterior, the Ariya debuts Nissan’s e-4ORCE electric all-wheel-drive system claimed to take inspiration from not only the GT-R’s ATTESA E-TS, but also the Intelligent 4×4 system from the Patrol. It will however be offered with front-wheel-drive as part of a six model range in Europe where two battery packs feature; a 63 kWh unit and an 87 kWh module known as the Performance. 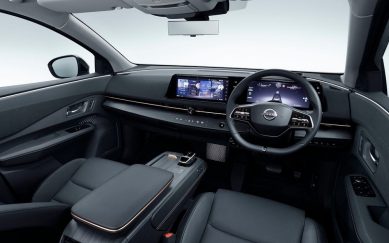 In terms of power, the former produces 160 kW and the latter 180 kW with torque being capped at 300 Nm. With the e-4ORCE and second electric motor included though, the respective outputs rise to 250kW/560Nm and 290kW/600Nm.

In Japan, sales of the Ariya kicks-off next year at a starting price of ¥5-million (R775 604), but don’t be surprised if it does not become available in South Africa anytime soon.