Partially unveiled earlier this month, Hyundai has now completely revealed the all-new i20 N as its smallest and latest performance N badged model.

Aimed at the likes of the Volkswagen Polo GTI and the road-going versions of its World Rally Championship (WRC) adversaries, the Ford Fiesta ST and Toyota GR Yaris, the i20 N is motivated by the familiar 1.6 T-GDI petrol engine that sends 150kW/275Nm to the front wheels, initially, via a rev-matching six-speed manual gearbox. An eight-speed dual-clutch, like that of the facelift i30 N, is expected to be offered at a later stage. 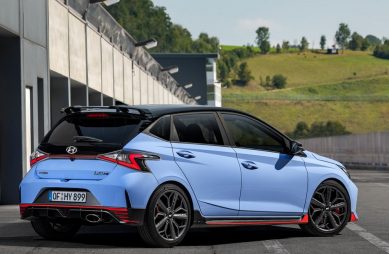 Despite featuring the same power output as less sporting models powered by the same engine, the i20 N benefits from a new turbocharger and intercooler, with additional changes underneath its skin consisting of a Torsen mechanical limited slip differential, upgraded brakes with red N calipers, a reinforced chassis, revised suspension and steering, new springs and shock absorbers as well as a retuned electric motor driven power steering and new sway bar.

Like the i30 N, the i20 N has had its Electronic Stability Control system adapted with a choice of three settings; on, Sport and Off, while the N mode drive selector has been added with five settings of its own; Eco, Normal, Sport, N and N Custom with an additional Sport+ being selectable in N Custom.

Incorporating elements said to have been picked-up from its WRC exploits, visual difference from the conventional i20 includes a new front bumper, N badged grille and larger air intake to compensate for the turbo, a Tomato Red detailing on the front lip spoiler and door sills, a faux diffuser integrated into the new rear bumper with Tomato Red detailing, a single exhaust outlet and a bootlid mounted wing that is claimed to aid downforce. 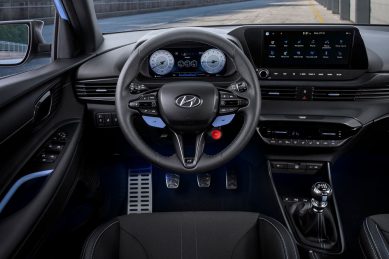 Inside, the N theme extends to the steering wheel with the dual N paddles, the bespoke sport seats, gear knob and alloy wheels, Performance Blue detailing and a black headliner.

Available in a choice of six colours; Brass, Polar White, Phantom Black, Intense Blue, Sleek Silver and Performance Blue with all but the former having the option of a Phantom Black roof, the i20 N will arrive on European dealership floors next year with pricing, as well as South African market availability, unknown at this stage.

Revealed: South Africa’s top 10 most popular cars for under R50k
54 mins ago
54 mins ago

Revealed: South Africa’s top 10 most popular cars for under R50k
54 mins ago
54 mins ago