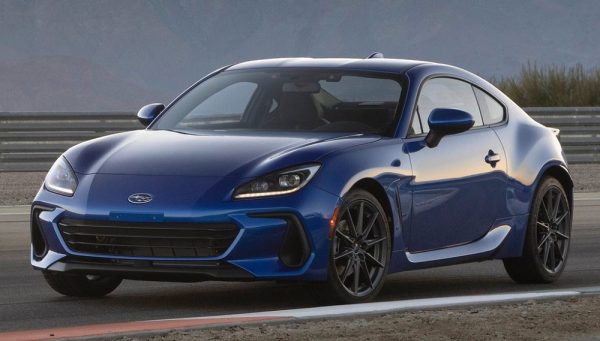 After almost two years after speculative reports, rumours and more recently pre-production spy images, as well as contradicting launch claims, Subaru has officially unveiled the second generation BRZ in North America that will morph into the next generation Toyota GT86 or GR86.

Appearing sleeker than the model it replaces with a rounded front facia seemingly being derived from the Chevrolet Corvette C7 and the rear from not only the Honda NSX but also the Hyundai Genesis Coupe and the long since discontinued Mitsubishi FTO, the BRZ also switches underpinnings with move to Subaru’s new Global Platform that sees it tipping the scales at less than 1 315 kg, a figure which amounts to a 49 kg weight gain compared to old BRZ.

Measuring 4 265 mm in overall length with a wheelbase of 2 575 mm and height of 1 310 mm, the BRZ is 25 mm longer overall and five millimetres longer in the wheelbase department than the model it replaces, with the height dropping by eight millimetres and the width remaining unchanged at 1 775 mm. According to Subaru though, overall body rigidity has been improved by 50% with the weight gain coming despite the use of aluminium for the roof, bonnet and front wings. 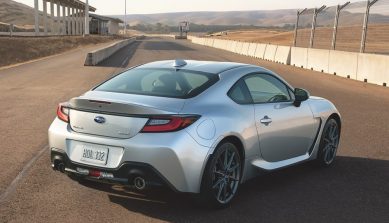 Riding lower to the ground than its predecessor, the BRZ nonetheless carries over the MacPherson strut front suspension with coil springs and double wishbone rear suspension, with Subaru further claiming improved steering feel largely as a result of the weight saving materials, the mentioned lowered ride height, a reinforced chassis and subframe plus new mounting points.

Mounted on 18-inch alloy wheels wrapped in Michelin Pilot Sport 4 rubber, the BRZ’s interior is a clear evolution from its forbearer with the “driver focused” setup involving a new customisable seven-inch TFT digital instrument cluster, as well as a new eight-inch touchscreen infotainment system with Apple CarPlay and Android Auto.

The rest of the interior continues unchanged while on the safety front, the much vaunted EyeSight range of safety and driver assistance comes standard but only on models fitted with the six-speed automatic gearbox. Exact specification will be made at a later stage. 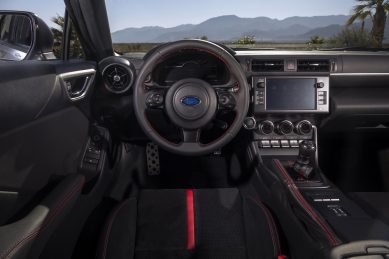 Up front, and arguably the biggest source of speculation since the rumours began, Subaru has indeed replaced the free-breathing 2.0-litre flat-four engine with its new 2.4-litre FA unit, but without forced assistance. Pumping out 191kW/376Nm in the Ascent and Legacy, the removal of the turbo and various other changes sees output drop to 170kW/240Nm, an increase of 23kW/35Nm over the 2.0-litre, with drive, as before, going to the rear wheels via the mentioned automatic gearbox or the standard six-speed manual. No performance figures were revealed.

New to the automatic is a Sport function that holds on to the selected ratio for longer with five driving modes, including a revised Track setting, featuring on both in addition to a recaliated Vehicle Stability Control system.

In the US, the BRZ will be offered in two trim levels; Premium and Limited with a projected starting price of below $30 000 (R463 119) for the former equipped with the manual transmission. Sales are expected to commence next year with the verdict still out when its Toyota sibling would bow. Confirmation for South Africa has so far not been made.

Porsche Macan: More than just a gateway to Stuttgart
6 hours ago
6 hours ago 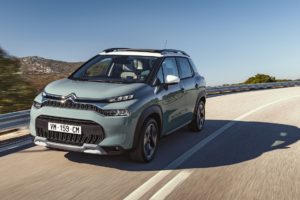 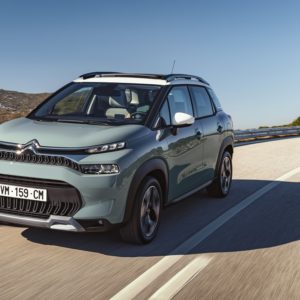 Porsche Macan: More than just a gateway to Stuttgart
6 hours ago
6 hours ago