For now, and as indicated by the L suffix, the Grand Cherokee will only be available in long wheelbase guise. 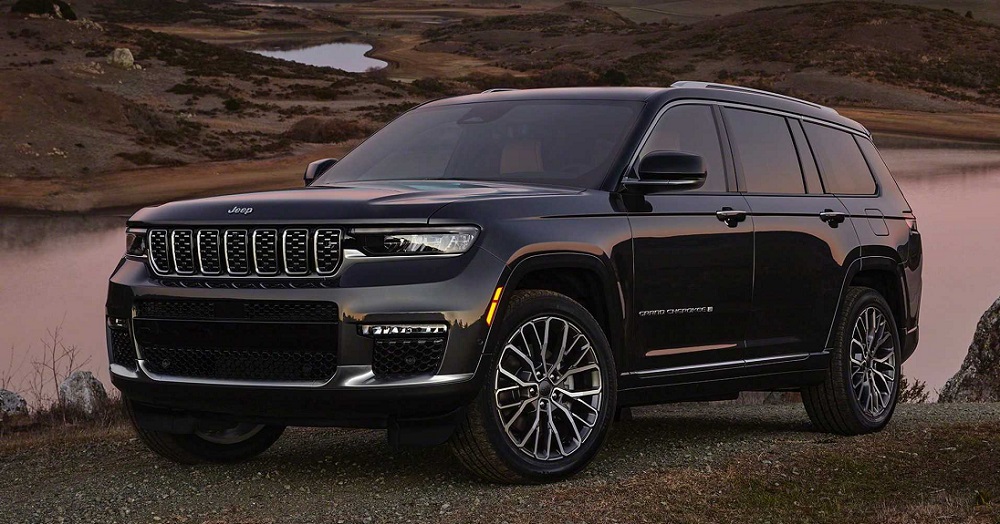 Out at last. The all-new Jeep Grand Cherokee L

An icon and staple of the Jeep brand since the ZJ debuted in 1992, parent company Fiat-Chrysler Automobiles (FCA), after a surprise teaser overnight, officially revealed the long awaited all-new Grand Cherokee in the early hours of Thursday morning (7 January). 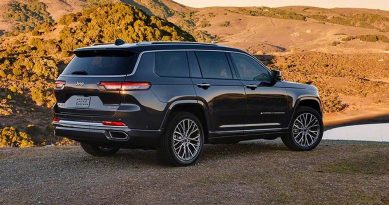 Known internally as the WL and replacing the eleven year old WK2 whose origins can be traced back to the previous generation Mercedes-Benz M-Class, the new Grand, as reported last year, now rides on the Giorgio platform used by the Alfa Romeo Giulia and Stelvio, and debuts, initially, in long wheelbase L guise with the conventional five-seat model likely to become available later. 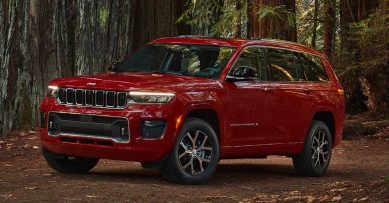 Heavily inspired by the Grand Wagoneer aesthetically, the now more boxier looking Grand measures 5 204 mm in overall length with the wheelbase being rated at 3 091 mm, width at 1 963 mm and the height at 1 816 mm. Sporting a 35.6 mm wider track than its predecessor, the Grand’s new platform, which comprises an independent suspension configuration at the front and rear, has resulted in a bigger boot at 484-litres with all seats up, 1 328-litres with the third row down and a capacious 2 395-lites with the second and third rows folded flat.

In addition, the optional Quadra-Lift air suspension has been revised to consist of five settings; Normal, Aero which drops the height by 20 mm, the even lower, by 45 mm Park, and two dedicated off-road modes; Off-Road 1 which results in the ground clearance rising from the everyday 210 mm to 251 mm, and up to the maximum 277 mm in Off-Road 2. 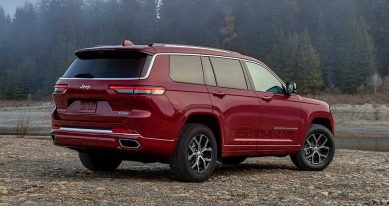 While models in the United States will come as standard with front-wheel-drive as in the case of previous generations, buyers opting for four-wheel-drive will have a choice of three systems; Quadra-Trac I,  Quadra-Trac II and Quadra-Drive III which also features an electronically locking rear differential with an active low range transfer case being standard on all three. 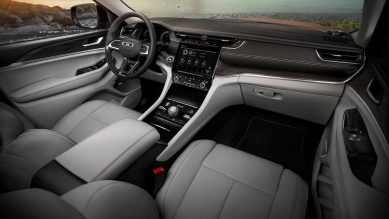 Aside from its new look, the WL’s interior rates as one of the biggest departures over the WK2 with the Wagoneer influence being just as prominent. Adopting the now customary minimalist approach, the concave dashboard loses the old integrated infotainment system for a new tablet-like Uconnect interface measuring 8.4-inches or 10.1-inches in more expensive models. Both feature Apple CarPlay and Android Auto as standard along with FCA’s Uconnect 5 software.

Depending on the trim grade, which in the States will comprise of four grades; Laredo, Limited, the off-road biased Overland and range-topping Summit, the Grand’s features list includes a 10.3-inch digital instrument cluster, grade specific interior trim with a selection of wood veneers, up to 12 USB ports, a nine-speaker Alpine sound system on the former pair, Adaptive Cruise Control, Autonomous Emergency Braking, Rear Cross Traffic Alert, an electronic folding second row on the Overland and Summit, Lane Departure Warning, Lane Keeping Assist, heated and cooled front seats and on the Overland and Summit, a dual panoramic sunroof, Heads-Up Display and a 19-speaker McIntosh sound system. 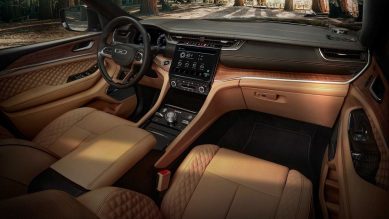 Riding as standard on 18-inch alloy wheels with 20-inches available on the Limited and standard Overland and Summit, the Grand Cherokee will go on sale, initially, with a choice of two petrol engines both mated to a new rotary dial ZF-sourced eight-speed automatic; the familiar 3.6 Pentastar V6 rated at 216kW/350Nm and the 5.7 Hemi V8 that punches out 266kW/530Nm. Hybrid and possibly diesel motivation will be added later . Towing capacity is rated at 2 812 kg for the V6 and 3 265 kg for the V8. 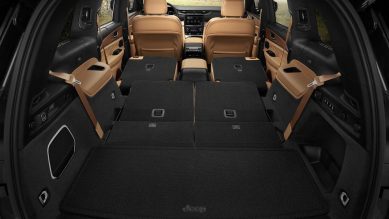 Set to arrive in dealerships across the States from the middle of this year, the Grand Cherokee L is anticipated to arrive on local shores either this year or in 2022 with confirmation and pricing still awaited.