Torque has not been upped and remains at 420 Nm. 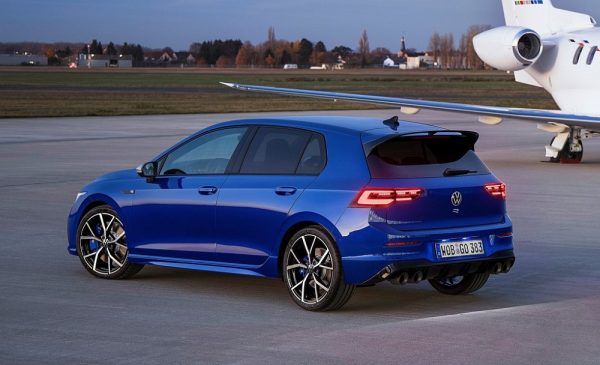 The rumoured ‘Plus’ version of the Volkswagen Golf R has reportedly taken another step in becoming a reality following a leaked owner’s manual discovery in the United Kingdom.

According to Australia’s caradvice.com.au, citing a report from the volkswizard YouTube channel, the technical data section at the back of the catalogue listed all the models from the entry-level 1.0 TSI to a 2.0 TSI with 245 kW, the same output a leaked presentation slide in January last year had attributed to the Plus in contradiction of the 257 kW reported by Britain’s Car Magazine that same month. In addition, the entry lists the torque output at 420 Nm, the same as the ‘standard’ R.

The apparent confirmation and 2.0 TSI inscription, backed-up by Volkswagen ruling-out electrification in March following the emergence of rumours as far back as 2018 about a possible hybrid R producing 298 kW, and after a report in April last year suggesting an output of 300 kW, comes after Audi had blocked its parent from using the 2.5 TFSI five-cylinder engine used in the RS3 and TT RS as it would have led to the R being “too a direct rival to Audi Sport” products had the application by Wolfsburg been approved.

Despite it being reported that the R Plus would only debut in 2023, CarAdvice states that an earlier unveiling, possibly next year could occur, but added that nothing had yet been confirmed.