Supercharged V8 CT5-V Blackwing officially the most powerful production Cadillac ever made. 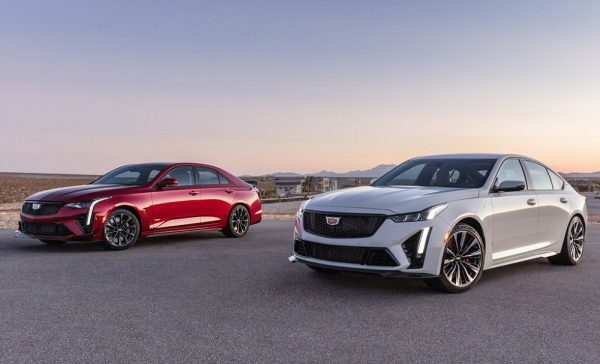 Cadillac has unveiled the most powerful versions of its CT4 and CT5 sedans in the United States in the shape of the V Blackwing.

Introduced two years ago as replacements for the ATS, then the marque’s entry-level sedan, and the long-serving mid-range CTS, the Blackwing derivatives sit above the ‘standard’ V models with the designation referring to the internal codename given to the engines, which in the CT5 is based on the supercharged V8 from the Chevrolet Camaro ZL1. 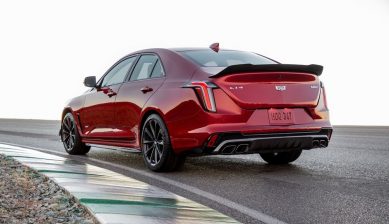 Representing the “pinnacle of Cadillac performance and craftsmanship”, the upscale division of General Motors (GM) has applied a series of changes, both inside and out, to the already sporting CT4-V and CT5-V, which involves a newly designed mesh grille, revised front and rear splitters, a wider rear diffuser, larger side vents to aid brake cooling and a so-called ‘underwing’ panel underneath the body to improve aerodynamics. 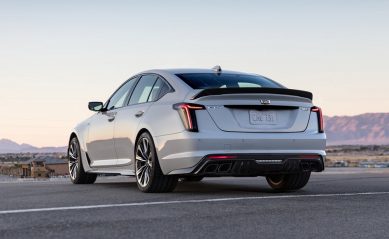 Riding on bespoke forged alloy wheels measuring 18-inches on the CT4 and 19-inches on the CT5, both wrapped in Michelin Pilot Sport 4S rubber, Cadillac has improved both models’ stopping power by fitting a Brembo six-piston caliper setup at the front and four at the rear with discs measuring 380 mm and 340 mm on the CT4 and 398 mm and 373 mm on the CT5. Optional though are carbon ceramic stoppers claimed to reduce unsprung weight by 24 kg and rotating mass by a further 28 kg.

Inside, both came as standard with an AKG sound system that debuted on the Escalade last year, albeit with 14 and 15-speakers respectively, as well as V-series electric front seats, a Blackwing bespoke steering wheel, special graphics within the twelve-inch digital instrument cluster, carbon fibre inserts and in the case of the CT5, a Heads-Up Display, carbon fibre seatbacks and a semi-aniline finish on the front seats as opposed to the quilted suede micro-fibres the CT4 comes out with. Rounding the changes off are unique readouts on the infotainment systems measuring eight-inches in the CT4 and ten-inches in the CT5. 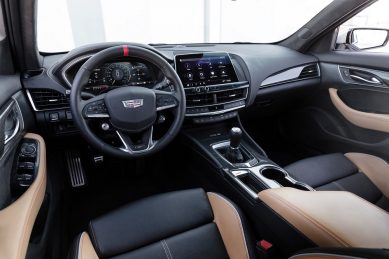 Up front, Cadillac has opted for two different powerunits and methods of injection with the CT4 boasting a twin-turbocharged 3.6-litre V6 and the CT5 the mentioned supercharged V8 of 6.2-litres. Fitted with a less restrictive air intake system than on the ATS-V, new turbocharger compressors and pistons, the twin-blown V6 produces 352kW/603Nm, allowing the CT4 to get from 0-60 mph (96 km/h) in an estimated 3.8 seconds and on to a top speed of 304 km/h

In the case of the CT5, the supercharged V8 gains titanium intake valves, a small 1.7-litre Eaton supercharger, stronger aluminium cylinder heads and an improved air intake system for a total output of 498kW/893Nm, figures which makes it not only the most powerful production Cadillac ever made, but also more powerful than its intended rival, the BMW M5 Competition. Top speed is said to exceed 320 km/h with the estimated 0-60 mph dash taking 3.7 seconds. 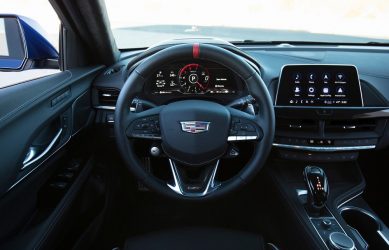 Offered on the ATS-V and CTS-V, both Blackwings come as standard with a six-speed manual gearbox featuring a new twin-clutch design, rev-matching function, revised transmission oil cooler and shorter ratios. Optional is the Ford co-developed ten-speed automatic with a Dynamic Performance mode when in Sport or Track modes, the comfort focused Tour being the third, recalibrated ratios and a secondary fluid pump. In addition, both are outfitted as standard with launch control.