Toyota Hilux and Ford Ranger Ram rival seemingly out for the count. 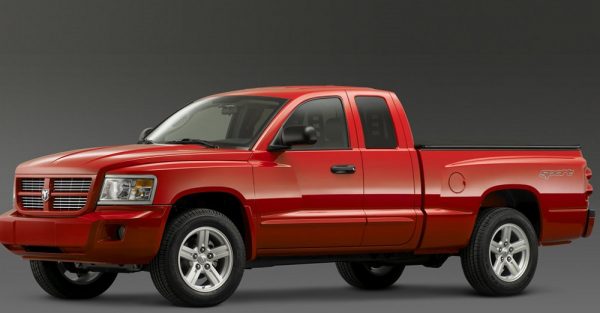 The hope for a revival of a small bakkie wearing the Ram insignia has reportedly been cancelled according to a report from North America.

While it was alleged last year that Fiat-Chrysler Automobiles (FCA) has submitted a trademark application for the use of the Dakota name, which last featured on its sub-Ram in 2011, the GM Authority online forum claims that FCA’s merger with the PSA Group under the Stellantis banner has resulted in the comeback being scrapped altogether.

Reportedly, the revived Dakota, sold under the Dodge banner from 1986 to 2008 and from 2009 to 2011 as the Ram Dakota following the establishing of Ram as a brand rather than part of Dodge, would have been based on the model that indirectly replaced it, the Jeep Gladiator, and derive motivation from the 3.6 Pentastar V6 petrol engine. Also planned was the 3.0 EcoDiesel V6 used in the Gladiator, Wrangler and Ram 1500, as well as a choice of rear-or-four-wheel-drive.

Despite reporting no reason for the cancellation, the report claims the Gladiator’s performance in the latter half of last year against key rivals, the Ford Ranger, Chevrolet Colorado/GMC Canyon, segment-leading Toyota Tacoma and the recently replaced Nissan Frontier, could have contributed to the decision not to offer a size equivalent pick-up from the same stable under a different marque.

The end of the Dakota, despite Stellantis not having provided any comment, has seemingly also ruled-out the possibility of a similar size Ram badged bakkie to the Toyota Hilux, Ford Ranger, Isuzu D-Max, Volkswagen Amarok, Nissan Navara, Mitsubishi Triton and Mazda BT-50 happening, never mind hopes of it being offered with right-hand-drive.

In spite of sales of the Ram 1500 continuing to rise in Australia where it is converted into right-hand-drive by the Walkinshaw Automotive Group as part of a joint venture with Ateco Automotive Group, Fiat-Chrysler Automobiles South Africa confirmed to The Citizen last year that a similar plan is not on the cards, despite the presence of Richard’s Bay-based US Truck Sales, who imports, converts and sells examples of the Ram 1500 and 2500 locally, albeit without FCASA backing.