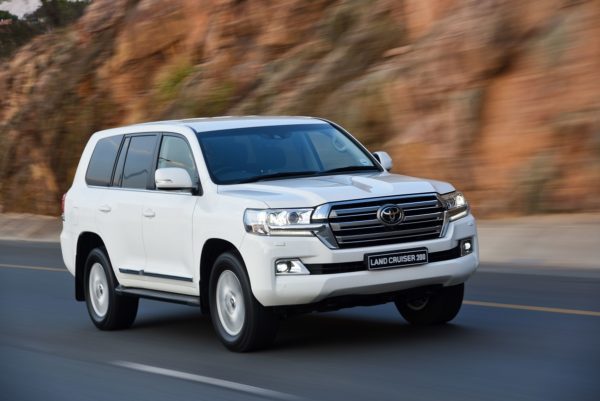 Production of the now 14 year old Toyota Land Cruiser 200 is poised wrap-up at the end of this month.

A report from last year alleging Toyota ending production of the Land Cruiser 200 by the end of March has seemingly been proven right, according to a new report from Japan.

In the latest of a series of reports and speculative claims about the incoming Land Cruiser 300, Best Car alleges that order books for the 200 closed at the end of January in preparation for the final example rolling out of the Tahara Plant at the end of this month.

As well as confirming the 200’s demise after nearly 14 years, the Japanese publication, citing an alleged Toyota dealer, also announced that production of the 300 will commence in May and that the official debut will take place in April and not September as claimed on a number of occasions last year and indeed this year.

The source of a series of conflicting reports dating back nearly two years after it first claimed that the 2019 Tokyo Motor Show would be the curtain raiser, the 300’s debut has been delayed no more than eight times, once in 2019 and four in 2020; August, July, September, May with the latest coming after two further dates in April and September as indicated.

As is well known by now, the 300 will keep the body-on-frame platform, albeit now from Toyota’s TNGA called TNGA-F. As well as the 300, the platform will also be used by the next generation Tundra bakkie currently undergoing testing, but in 300 come with dimensions of 4 950 mm in overall length, a wheelbase of 2 900 mm, height of 1 870 mm and width of 1 980 mm.

Aside from a completely redesigned interior that will allegedly come with the 12.3-inch touchscreen infotainment system from the Harrier and Venza, the 300 will providing seating for between five and eight and retain the low-range transfer case while boasting a reported ground clearance of 225 mm.

Up front where most of the speculation has been focused on, three six-cylinder engines are poised to feature; the twin-turbocharged 3.5-litre badged 3.4-litre V6 that develops 310kW/600Nm in the Lexus LS 500, a Land Cruiser first hybrid of the same size allegedly with a turbocharger, and the brand-new 3.3-litre straight-six turbodiesel.

As reported last month, the new inline-six is believed to be the work of Mazda and aside from being the first straight-six engine in a Land Cruiser since the immortal 4.2-litre diesel bowed out with the 100 series in 2007, claims are it could also feature a 48-volt mild-hybrid system.

The replacement for the 4.5 D-4D V8, which will live-on in the Land Cruiser 76/79, the new oil-burner will allegedly produce 200kW/650Nm and also signify, if proven accurate, another Land Cruiser first; a diesel/electric configuration rumoured back in 2019.

Despite it being claimed at one point that the diesel could comprise of the upgraded 2.8 GD-6 engine in combination with an electric motor, a claim now highly unlikely to materialise, what continues to be unknown are the ongoing claims of a V8 engine being retained.

While open to the fact that the Land Cruiser 300 will be a six-cylinder only affair, and after denouncing a bent-eight option in 2019, reports are that Toyota will adopt turbocharging and replace the 4.7 and 5.7-litre petrol V8s in the States and Middle East with the new 4.0-litre twin-turbo Lexus V8.

An engine reported last year as having been cancelled for the marque’s next generation F models, only for a u-turn to emerge last month, the blown eight-pot is slated to produce as much as 493 kW in the LC F, but will no doubt be detuned significantly if approved for the Land Cruiser 300.

Given that the turbo V8 is also anticipated to power the Tundra, whose soon-to-be-outgoing 5.7-litre unit is the sole option for the US-spec Land Cruiser 200, and based on the fact both will use the same platform, chances are the 300 could well retain a V8 for use in the reported GR Sport model.

Until its unveiling, expect more details, likely to be final, and images to emerge online over the coming weeks in addition to a possible official launch date.