Corolla Cross line-up will span five models across three trim levels with the choice of a normal petrol engine or a hybrid. 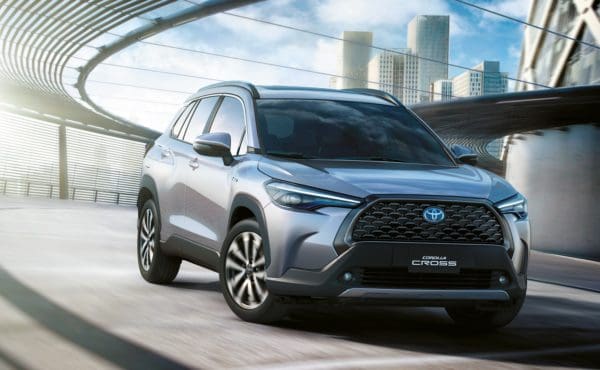 Corolla Cross will be build in Durban alongside the Hilux, Fortuner, HiAce and Corolla Quest.

With production due to start this month, Toyota has released more details of the new Corolla Cross, this time focusing on price.

Making its official debut in 55 days’ time, the Cross, which joins the hatch, sedan and Quest as the fourth Corolla derivative, and the first crossover/SUV model styled model in the nameplate’s 55 year history, will be offered in three trim grades, Xi, Xs and Xr with the former limited to the conventional petrol powered model.

As revealed last month, the Cross, which will be build at Toyota’s Prospecton Plant in Durban alongside the Hilux, Fortuner, HiAce and Corolla Quest, will derive motivation from two 1.8-litre engines; a conventional petrol outputting 103kW/172Nm and the hybrid that produces a combined 90 kW. Both units will be paired to a CVT with claimed fuel consumption of 6.8 L/100 km for the former and 4.3 L/100 km for the latter.

A three year/100 000 km warranty and six service/90 000 km service plan is standard fare across the range, with the hybrid adding an eight year battery warranty to the mix.