M3 Touring will take direct aim at the Audi RS4 Avant and come in Competition guise only. 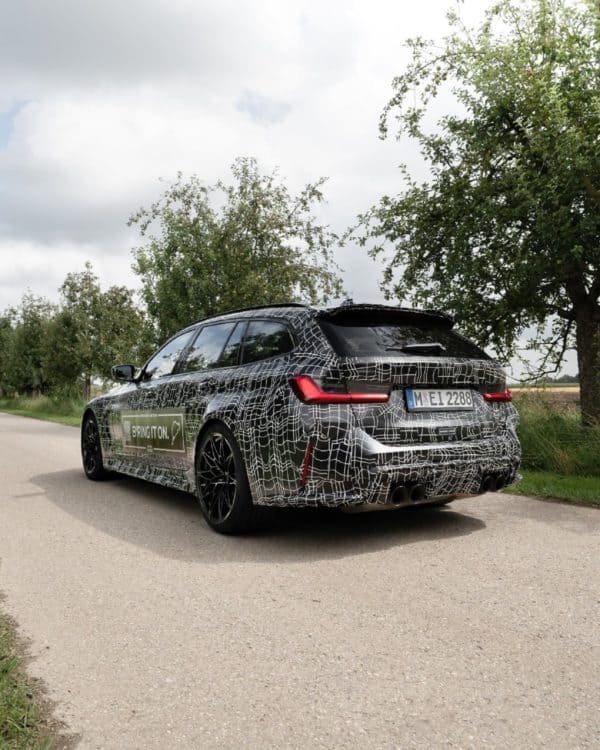 With spy images continuing to do the rounds on various online platforms, BMW has released the clearest teaser image to date of the incoming M3 Touring undergoing testing.

Snapped by MotorAuthority last month rounding the Nürburgring, the latest depiction, posted by the M division on its Facebook page, provides no details and only shows the newcomer from the rear still decked-out in comparatively minimal layers of black-and-white masking.

As alluded to earlier this year though, the first-ever M3 estate, and the first M fettled station wagon since the V10-powered E60 M5, will reportedly only be offered in Competition guise, meaning the same 375kW/650Nm from the 3.0-litre S58 turbocharged engine powering the sedan and the M4, and the xDrive all-wheel-drive system.

Aimed directly at the Audi RS4 Avant, the M3 Touring is expected to debut sometime next year with its launch coinciding with the planned unveiling of the facelift M3 sedan and M4.

Despite the mentioned pair being available, a local market decision regarding the Touring has not been made, though chances are it could arrive either towards the end of next year or in 2023 to rival the RS4 if approved.

Expect, however, more details and images to emerge over the coming weeks and months, including a possible launch date confirmation.