The new Polo model range has been completed with the introduction of the 1.0 TSI BlueMotion – the first Volkswagen BlueMotion with TSI engine, 1.4 TDI engines and GTI with manual transmission. 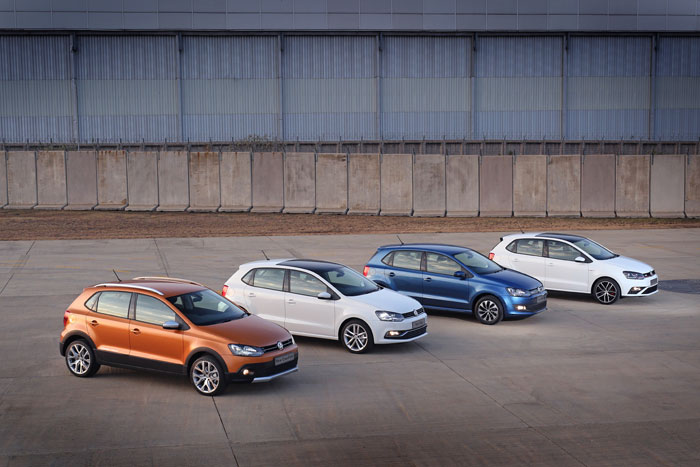 Driving both the small petrol and the larger diesel back to back left me with a distinct bias in favour of the petrol 1.0 TSI BlueMotion, which is unusual as I generally opt for diesel. But the one-litre wonder in the new Polo really impresses, both in terms of performance and smoothness. The diesel by comparison has some turbo lag, which spoils what is otherwise a great ride. High-speed roll-on is better in the diesel because the blower is already working, but given the nature of the Polo it is city performance that one will notice most often. The ride in all models is exceptional by small car standards. 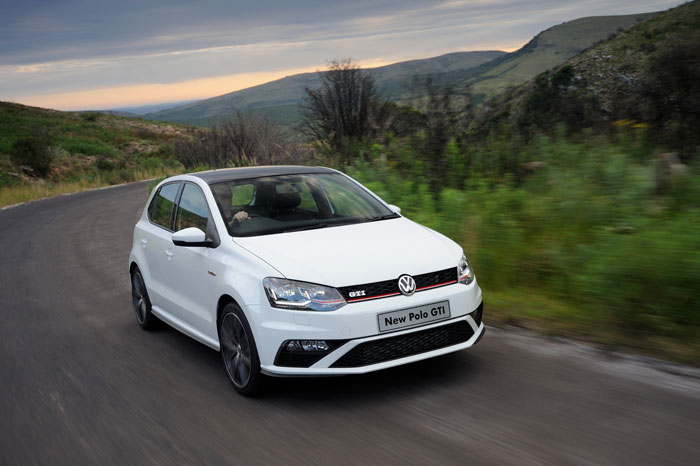 Volkswagen has succeeded in optimising the already economical TSI engine in the new Polo model range. Its three-cylinder engine with a one litre displacement delivers 70kW and it is said to reach a top speed of 191km/h. Torque is at 160Nm. The improvements to the engine management system have made it possible to reduce fuel consumption by a further 0.7 litres to a claimed 4.2 litres/100km when compared to the entry level 1.2 TSI 66kW at 4.9 litres/100km and emissions to only 97g/km against 117 /km CO2. In truth, the computer was hovering at about six litres/100km at 120km/h, but that is pretty good anyhow. 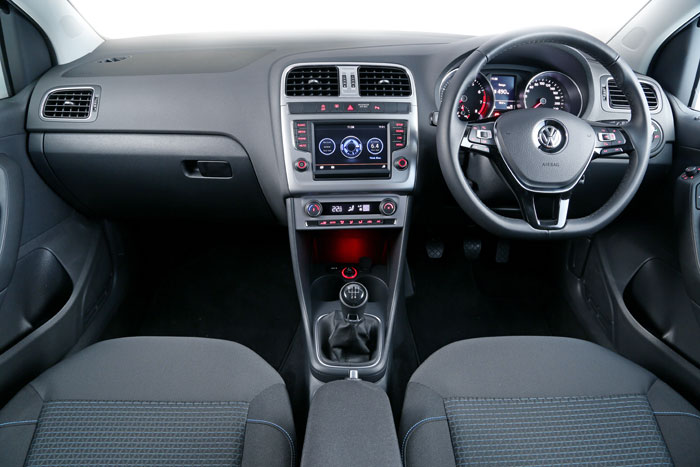 Apart from the efficient engine, the fuel consumption figures were also the result of lowering the ride height and improving the aerodynamics over the radiator grille and the underbody. Furthermore, the Polo TSI BlueMotion also benefits from reduced rolling resistance tyres and longer gear ratios in the upper transmission stages. Other factors contributing to greater driving economy are the stop/start system, regenerative braking and a gear-change indicator for the driver. The Polo TSI BlueMotion comes standard with a five-speed manual transmission.

Like all Polos, the TSI BlueMotion offers a wide range of standard and optional convenience and safety technologies which are unique in this class. These include the Automatic Post-Collision Braking System, as well as an optional Driver Alert System. The infotainment choice has also been re-conceptualised with the addition of an optional Radio Composition Media with 5.8-inch touchscreen. The standard infotainment system is a Radio Composition Colour with colour touchscreen, CD and MP3 functionality, SD-card and six speakers. It also has a connectivity package which includes Bluetooth connectivity for mobile phone and audio streaming, as well as a USB port. 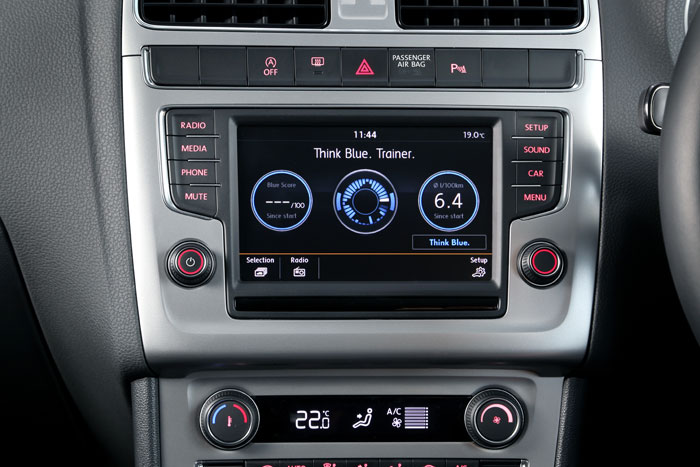 Following the introduction of the new 1.2 TSI engine in June 2014, the diesel turbo direct injection engines are also new in the refreshed Polo. The three-cylinder TDI engines generate their power from a 1.4-litre thre-cylinder engine producing from 55kW to 77kW (which is identical to the previous model). The 55kW Polo TDI claims exceptional combined fuel consumption of 4.1 litres/100km (108g/km of CO2) and is the new entrant to the TDI engine range, producing 210Nm of torque. It generates its maximum power between 3 000 and 3 750rpm. With this engine, the Polo TDI has a top speed of 173 km/h and gets from 0 to 100km/h in 12.9 seconds. A five-speed manual transmission is used with this engine. It comes with a three-year/ 45 000km service plan, three-year/120 000km warranty and a 12-year anti-corrosion warranty. Service interval is 15 000km.