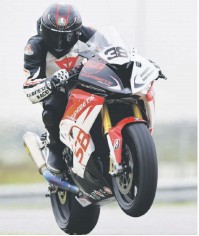 Phakisa Raceway, in the Free State hosted the regional categories of this year’s Extreme Festival series on Saturday, with competitors on both four and two wheels providing excellent spectacle.

The next round of the 2018 Extreme Series will be a National round at the Western Cape Killarney circuit on Saturday, April 21.