At one stage, the world quite literally appeared to be Tommy Oosthuizen's oyster. 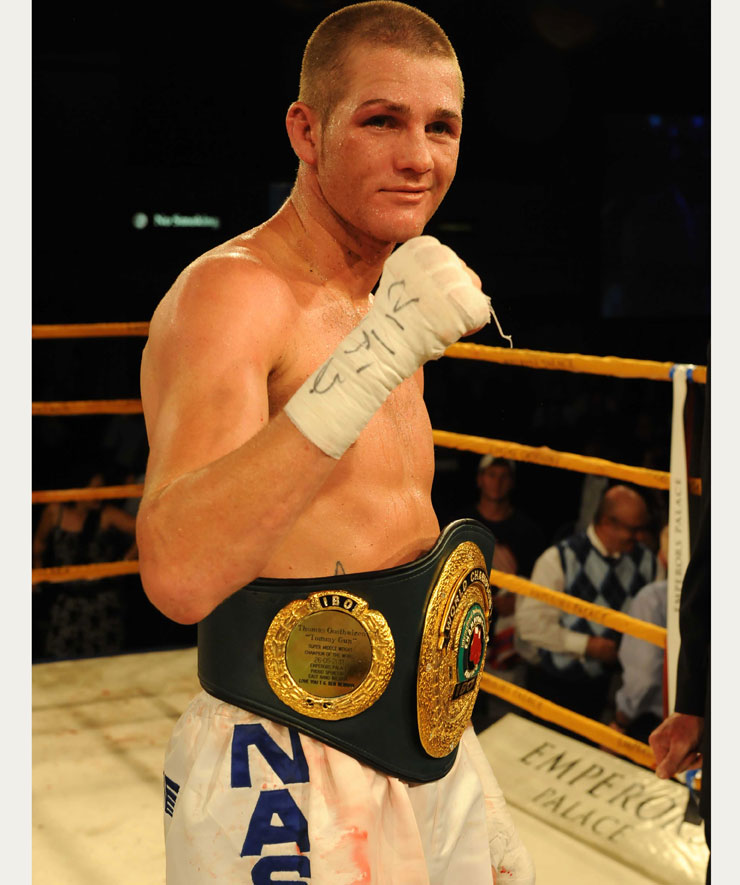 But that’s all been thrown off balance with the news that his promoter, Golden Gloves, have shown him the door and effectively taken the ammunition that “Tommy Gun” needed to make it on boxing’s biggest stage.

The news came through that promoter Rodney Berman had had enough of the 25-year-old’s antics with the announcement coming via the company’s website but the reality was that the relationship between the two had been on the rocks for a while, given Oosthuizen’s recent performances in and out of the ring.

Opportunity knocked when he made a first foray onto American soil for a bout against Aaron Pryor Jnr in September 2011 and network television giants HBO were keen to feature the South African.

He shone again when he easily outpointed Rowland Bryant in New York and the names of some of the division’s brightest talents were bandied about as opponents for the Boksburg native. But a lacklustre showing against Brandon Gonzalez, that resulted in a fortunate draw for the South African in June last year, brought the stark reality that something was amiss, with rumours of another struggle to make weight and the executives at HBO were unimpressed and re-evaluated their position on Oosthuizen.

An unconvincing majority points win over Ezequiel Maderna at the end of last year meant Oosthuizen defended his championship belt for a seventh time, but it forced his connections to rethink their plans after he again struggled to make weight.

Oosthuizen is now forced to pull out of his scheduled bout against unbeaten Eleider Alvarez in Montreal on January 18 with the news of the split. Oosthuizen was still 6kg over the limit with a little more than a fortnight to go before the fight.

In other boxing news, Golden Gloves said Junior Makabu has sent Nathan Cleverly running scared with the former WBO light-heavyweight champion pulling out of their cruiserweight fight on February 1 in Monte Carlo.