Three players locked at top of leader board

The conditions that met the field on the second day of the Volvo Golf Champions event at Durban Country Club yesterday contrasted a fair amount to those experienced during the first round – and it showed. 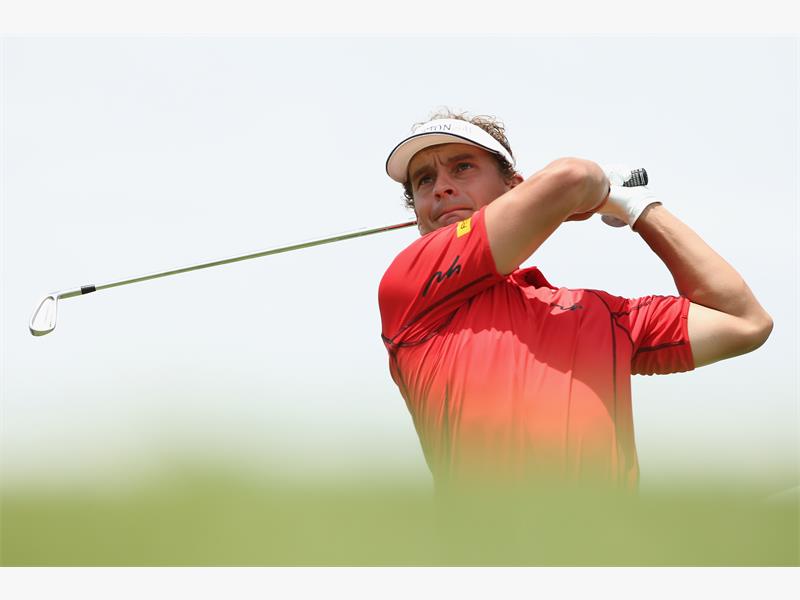 ON SONG. Dutchman Joost Luiten is in a three-way lead at the Volvo Golf Champions at Durban Country Club. He holed out for a career first albatross at the par five 10th. Picture: Gallo Images.

By the time this no-cut tournament reached the halfway mark three players sat in a share for supremacy, with defending champion Louis Oosthuizen, Tommy Fleetwood and Joost Luiten in a tie for first place at seven-under par. Oosthuizen carded a second round of 69 to go with his opening 68 and while his accuracy off the tee was wayward he showed that he will be a force to be reckoned with as he made several crucial par saves to stay in the fight.

“I still feel good going into the weekend. I’m confident to try and make a few birdies,” he added.

Fleetwood and Luiten meanwhile improved on their overnight total of two-under par, with both shooting rounds of 67.

“I was delighted with the way I played and I’ve put myself into a good position. It was really good and my short game was pretty sharp,” said Fleetwood.

The shot of the day came from Luiten with the Dutchman holing out for an albatross – the first of his career – on the par-five 10th hole as his second shot hit the front edge of the green and kicked on towards the hole.

“I hit a four-iron and basically went straight at it, just pitched exactly where I wanted, just front of the green, and then it hopefully releases up the slope – and that’s what it did,” Luiten said.

“It went straight at the pin and it went in. It was a good feeling.”

Dropped shots on four and 16 were cancelled out by birdies on three, five, 13 and 18.

Victor Dubuisson is a shot behind the trio at six-under par after a nine, while Italy’s Matteo Manassero is at five-under. Overnight leader Raphael Jacquelin and Darren Clarke are both on four-under, while Chris Wood, Marcel Siem and local Branden Grace are at three-under par.