Hekkie raring to get it on 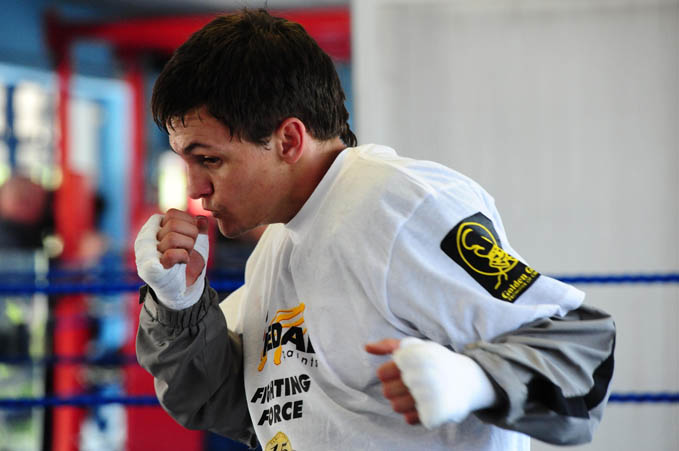 Budler will put his IBO and newly-acquired WBA championship crowns on their respective lines against Karluis Diaz in the headliner of “African Explosion” at Emperors Palace on the weekend.

It’s a fight that has some significance as a win will assure the “Hexecutioner” of a fifth successful defence and earn him a flashy diamond ring from the IBO, which will have to compete for space given that he is set to add a wedding ring to his hand later this year, but more importantly it’s a chance to prove a point.

Many critics feel that Budler has yet to prove that he is a unified champion given that the WBA awarded him the belt, vacated by Ryo Miyazaki, due to his status as the organisation’s interim champion.

“I know how it goes. That’s what the rules are. I didn’t just claim the belt. I feel that I have to prove myself every time I step into the ring,” Budler said at yesterday’s pre-fight medical.

“This is going to be that test. This is probably going to be one of my hardest fights so far. This is the best place to prove myself. I see he’s taller than me and that’s good for me because I like fighting taller guys,” the champion, who has only lost once in his 25 fight career, added after sizing up his foe for the first time.

The bout was initially set to take place earlier this month but an unforeseen maintenance issue at the venue pushed the date back by two weeks, but Budler admits it hasn’t been a hinderance.

“I think it’s been a blessing in disguise, it’s given me extra time to train. The prospect of defending, of showing people that I should really be the WBA champion,” he added of his motivation over the course of his training camp.