If you're a keen golfer then the wet weather that has besieged parts of South Africa has no doubt had a major effect on a habit that is hard to break. 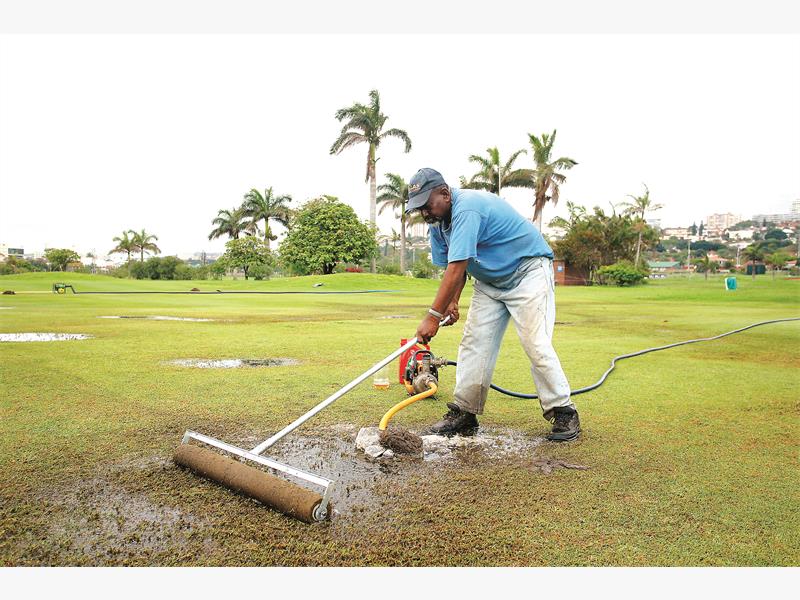 Phone calls to several clubs yesterday all revealed similar results: the damage and loss of revenue to several courses is beginning to add up. And with several venues gearing up to host their annual club championships this weekend, it’s a major frustration.

Most courses have moved their events to the first weekend in April to give the layouts time to dry out and improve.

One of the courses to be hit the hardest is Centurion Country Club and, as their head professional Jannes Fik explains, the fact that the nearby Hennops River burst it’s banks hasn’t exactly helped the situation.

“If I compare the numbers with last year to date we’ve probably lost about 1 500 rounds of golf. The flooding has subsided a bit, but we’ve lost a lot in terms of revenue,” Fik said yesterday.

“Rain is the No 1 deterrent to golf. Your keen golfers always want to play but we haven’t been able to get in many rounds. We’ve had to close for about 23 days,” he said, before adding that the course, with it’s signature island green eighth hole that at one stage was submerged, was being opened to members for nine holes today.

“It will take some time to recover. We’re getting to the end of summer and the growing season. We just need a bit of sunshine.”

It’s a scenario that Glendower Golf Club, the setting for the SA Open Championship, is familiar with, as marketing manager Janyne Marais explained.

“We were hit with major flash flooding when the rain started about three weeks ago. We had water running over our 12th green ,and the course is so soft that we can’t even get our machines on to do maintenance,” Marais said.

“We’re happy when there’s no rain. We’ve got guys who are dying to get out and play,” Marais, who also confirmed the club has lost between 70 and 100 rounds on some days, said.

Royal Johannesburg and Kensington, the scene of the Joburg Open, have postponed their club championships, with general manager Chris Bentley explaining that staff were unable to set the course up properly for the event.

“We can’t even cut the grass. In terms of rounds, we’ve probably lost about 1 000 rounds between the East and West courses,” he said yesterday, adding that the club was looking at a time frame of two weeks to recover.

“In terms of damage, it won’t cut into our budget too much. It’s things like the rehabilitation of bunkers and that sort of thing that will take a bit of time,” Bentley added.