Man arrested for possession of ivory

Four large elephant tusks were recovered from the man’s house. 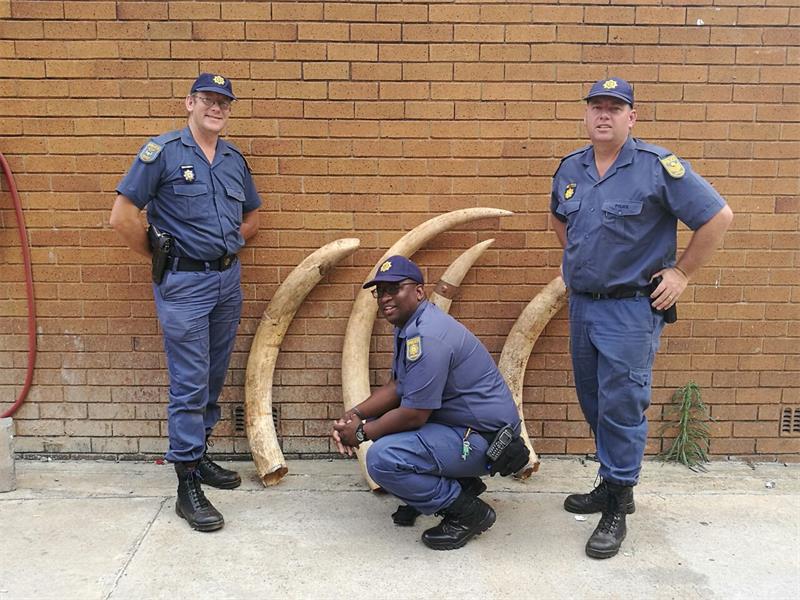 A man has been arrested after discovering a large quantity of ivory in his possession on the West Rand, Krugersdorp News reports.

Sergeant Van den Berg from Hekpoort Rural Safety Police recovering one of the four elephant tusks they discovered in Munsieville.

Rural Safety Police members were patrolling on March 8 when a member of the community approached them and informed them of a suspicious-looking male carrying something strange over his shoulder.

The police traced the suspect and found him walking down the road carrying an elephant tusk. The suspect eventually led the police to his house in Munsieville, where three more elephant tusks were discovered.

Police arrested the suspect, who was later detained at Krugersdorp Police Station while the investigation continued.

“A big thank you to the community member – they are our eyes and ears in reporting suspicious people in the community,” said Mateisi.