The suspects used dish towels to tie her and her daughter up. 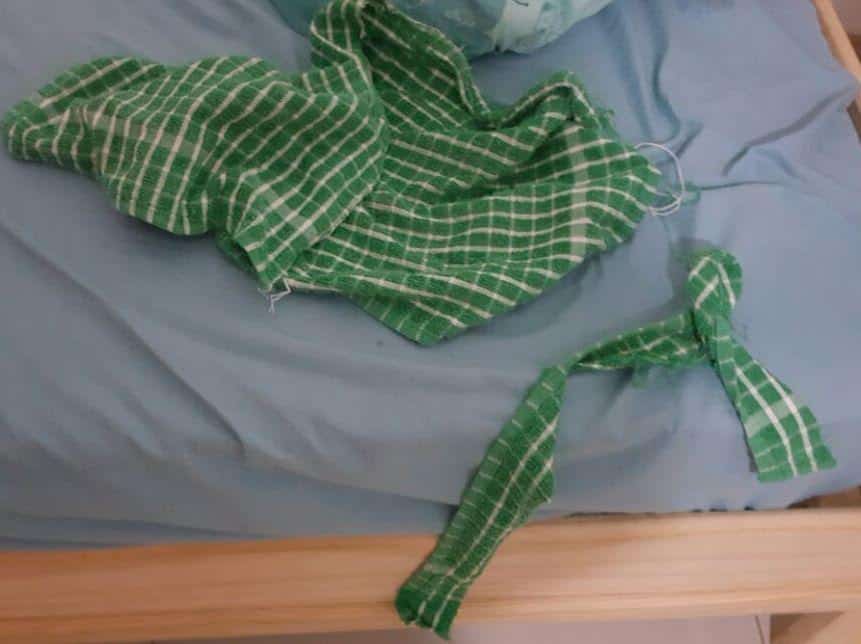 The towel that was cut up during the robbery.

A Malvern mother was assaulted and shoved in a room with her daughter after three armed men accosted them at their home, Rising Sun Chatsworth reports.

According to Malvern police spokesperson Warrant Officer Radhika Marimuthu, the woman went out into her car to fetch an item when the incident occurred.

“She was accosted by the men when she was on her way back inside the house. The armed suspects pushed her into the house where they saw her mother. Both the mother and her daughter were forced to lie on the floor while the suspects stripped pieces of hand towels to tie them up. When the mother screamed, one of the suspects assaulted her,” she said.

The suspects then shoved both women into a room while they searched the property for valuables.

“The mother then pushed the panic button in the room. The noise distracted the suspects and they fled with cash, cellphones and a laptop,” added Marimuthu.