Apparently leopards simply cannot resist the chase when it comes to porcupines. 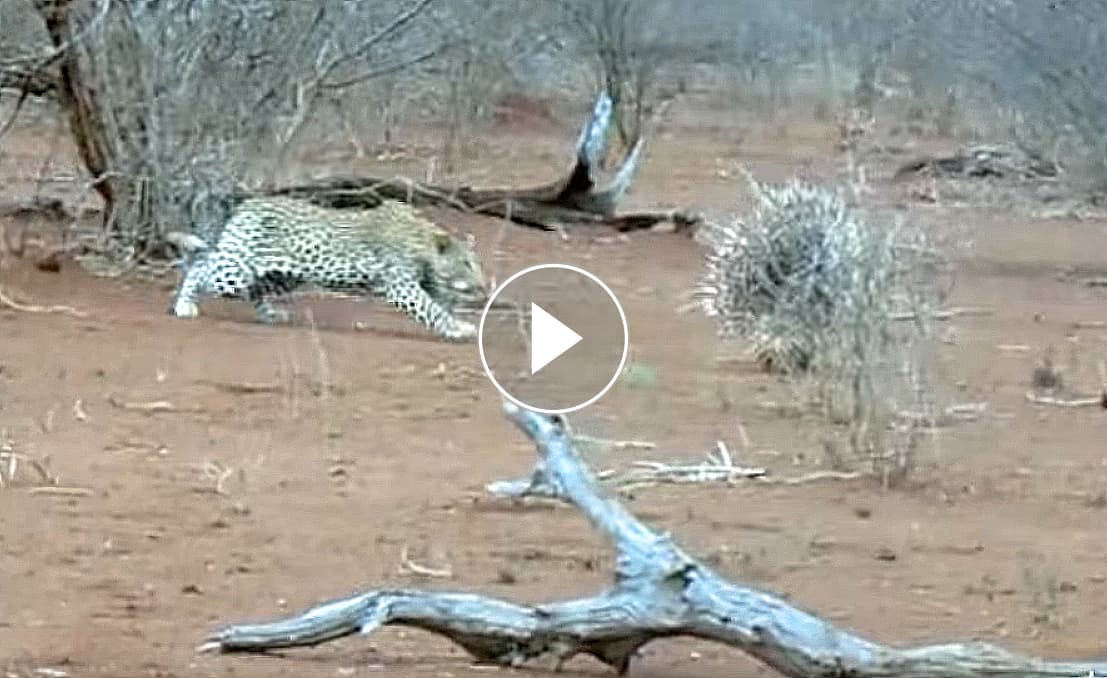 This leopard got himself into a dangerous pickle, or should we say prickle, when the temptation to take on two of these well-armoured creatures proved to be an agonising experience indeed, Lowvelder reports.

This amazing sighting was captured by 28-year-old Donovan Piketh.

Donovan told LatestSightings.com through our Film and Earn programme: “We were following the leopard as it was just walking along when my friend spotted the two porcupines walking towards the leopard.”

“As soon as the leopard saw them it changed into stalking mode and we knew something was going to happen.

“It was a mixture of overexcitement and panic as I was trying to get the camera on to video mode and focus on what was going on.

READ MORE: UPDATE: Woman killed by elephant in Kruger after attack by herd

“This was the first time I have ever seen porcupines, and what a way to see them.”

The leopard gave chase on the one porcupine, and then focused his efforts on tackling the second. He was definitely the one that came off worse for wear that day while the porcupines managed to scurry off unscathed.

“The leopard needed to spend a good few minutes to get the quills out of him. Eventually, the leopard gave up trying to get the last of the porcupine’s quills out and walked off into the bush. I think it was very rare and something you will only ever see a leopard do once … hahaha…”

UPDATE: Woman killed by elephant in Kruger after attack by herd