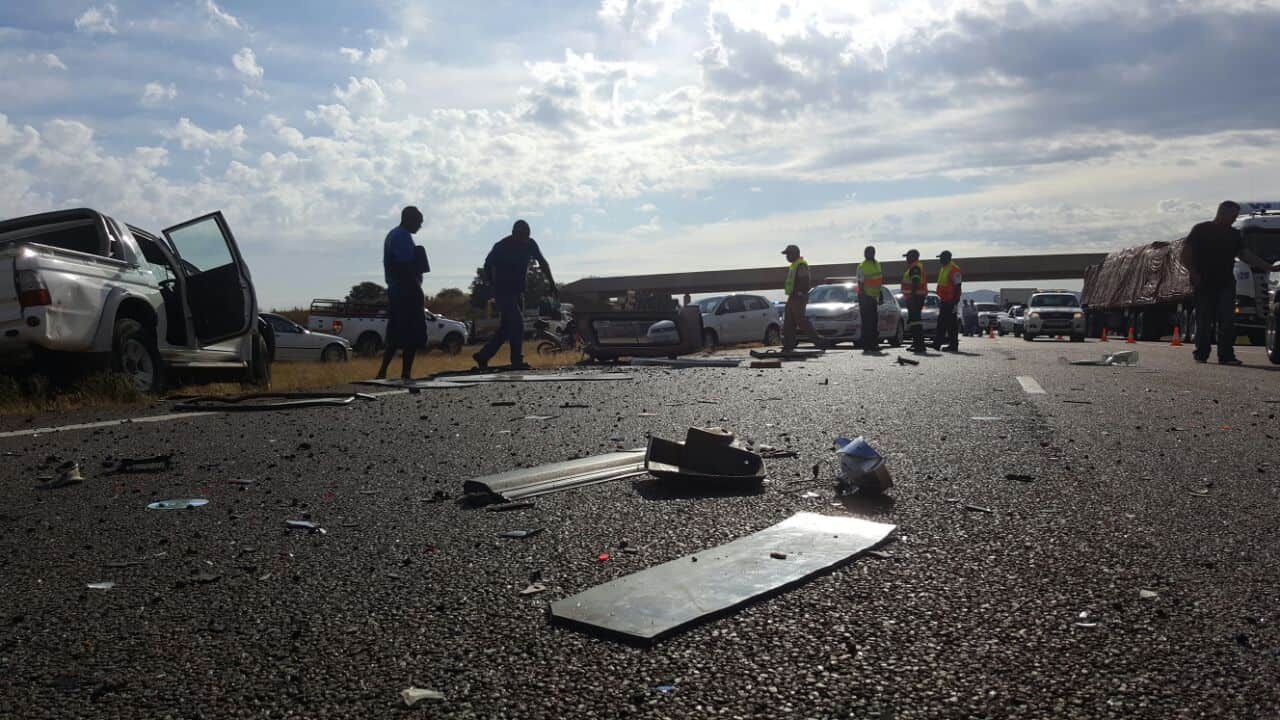 Four vehicles were involved in an accident following the heist. Photo: Supplied.

Four vehicles were involved in an accident following a cash-in-transit heist on the N4 highway.

Netcare 911 spokesperson Chris Botha confirmed the crash, saying one of the vehicles involved was an SBV transit vehicle on Thursday, Rekord North reported.

Botha said petrol had reportedly been thrown over the vehicle.

He said that, according to witnesses, the robbers escaped with an unknown amount of money.

“Three of the eight patients were SBV guards,” said Botha.

He said the patients were transported to hospital.

Police are on scene, but no comment was received from them at the time of publishing.