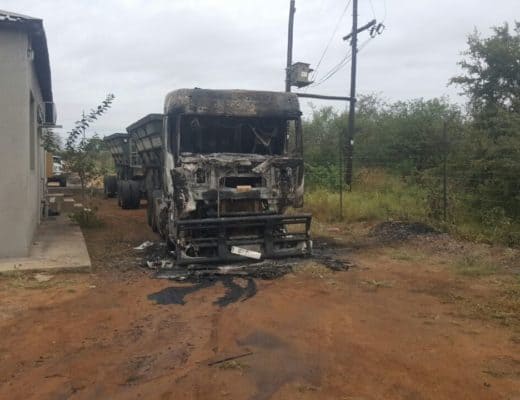 One of the trucks burnt.

Four trucks have been burnt in the Makhushane area outside Phalaborwa, Letaba Herald reports.

This comes after almost 50 people invaded the Makhushane depot, where trucks that transport goods to the mine parked on Tuesday, April 25.

Four trucks that belong to different companies were set on fire, and the security guard on duty, who was alone, fled the scene.

Seven other trucks were safely escorted out of the parking depot to the mine (PMC). Two other vehicles have since been set alight in the early hours of this morning, Wednesday, April 26. 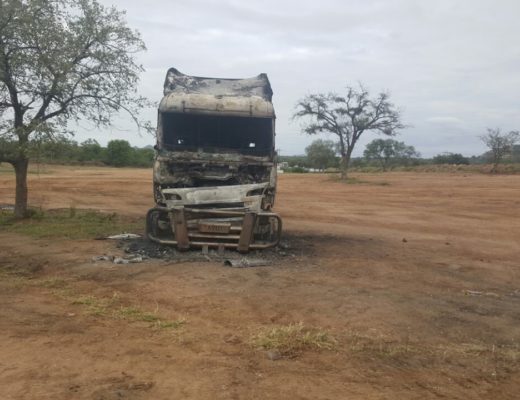 One of the burned out trucks that was set alight. 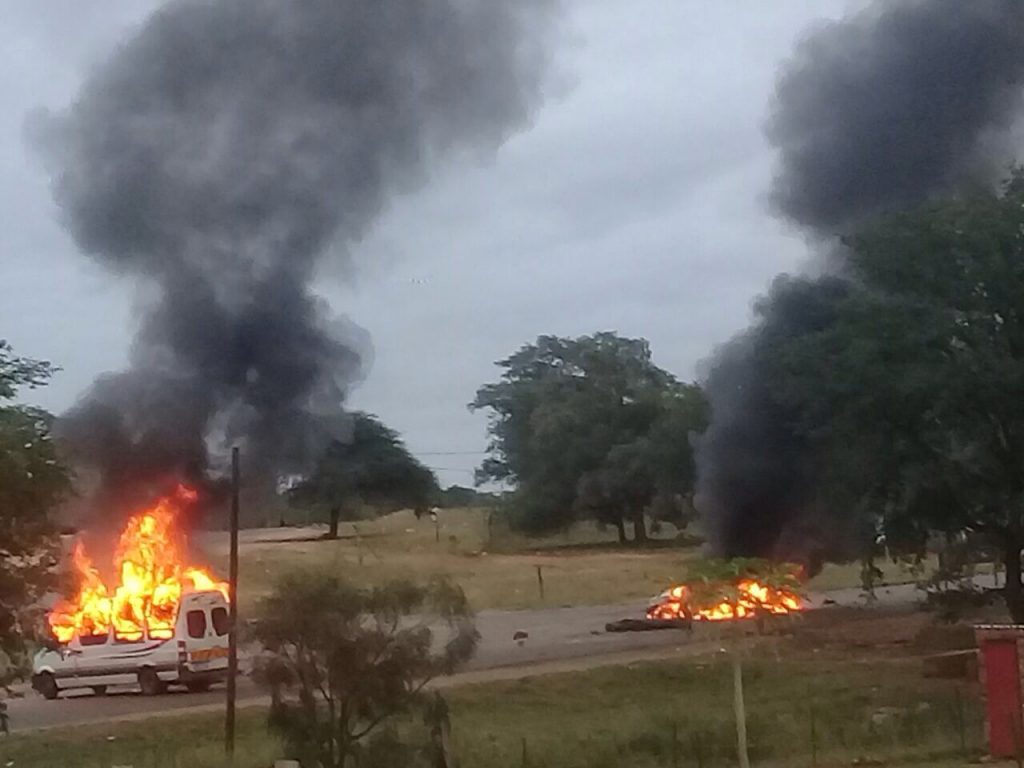 The unhappy protesters are also grouping at various points, and roads were barricaded and blocked with burning tyres, stones and logs.

The situation is being closely monitored by Vispol members from Namakgale police, Lulekani and Phalaborwa. Back up from Public Order Policing in Giyani has been requested to assist local police enforcement.

The protest is associated to the previous demand of the removal of the CLO’s from PMC.

Lieutenant-Colonel Moatshe Ngoepe said: “Meanwhile police have launched a massive manhunt for the group, cases of malicious damage to property and public violence were opened and the situation is still being monitored. The preliminary investigations have revealed that the motive behind this situation is allegedly related to their previous concerns of complaints against the local mines.”

The suspects are still unknown and there is no arrest.

Three weeks without water, while the ANC bickers
22 mins ago
22 mins ago

Three weeks without water, while the ANC bickers
22 mins ago
22 mins ago