Two protesters have been injured, streets in and around Kliptown have been blocked with rocks, and burning tyres and shops remain closed in Kliptown. 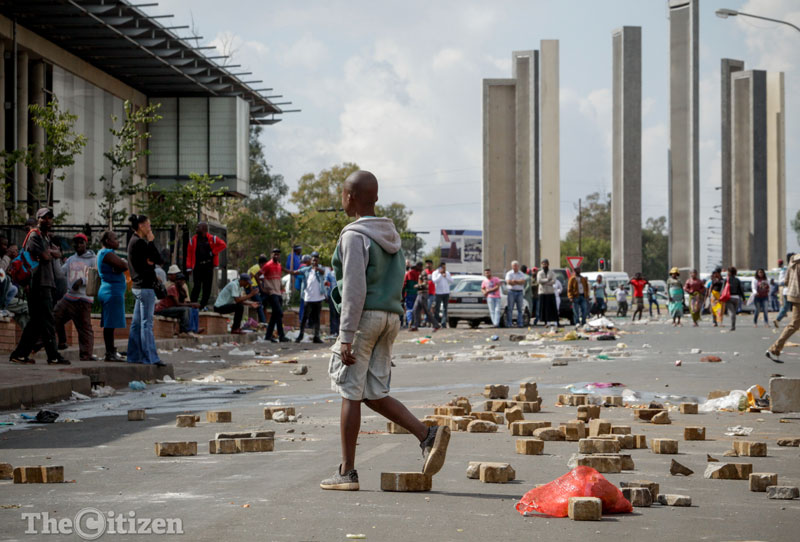 Kliptown residents have been protesting since the early hours of Tuesday, May 2.

The Soweto residents were protesting over RDP housing, among other things. Shops were looted, and train services between Johannesburg and Vereeniging have been suspended due to the protest

Two of the protesters were reportedly rushed to hospital after being shot at by the police with rubber bullets. The situation remains tense.

Proper sanitation&housing among reasons for #Kliptown protests. Residents say they've been on the RDP waiting list for 3 decades. #SABCNews pic.twitter.com/0LivCr9U2Y

Most shops located in and around Kliptown have been closed, residents are up in arms over housing. #KliptownProtest pic.twitter.com/Cnul5WhTG7

Most streets around Pimville and in Kliptown have been blocked with rocks and burning tyres. #KliptownProtest pic.twitter.com/cb4CTup0F4

Police tell us that this is the second protester to have been taken to hospital due to rubber bullet injuries #Kliptown #SABCNews pic.twitter.com/CmXS2be0yY