Molefe is set to return to his old job at Eskom on Monday, and people are not happy about his reinstatement. 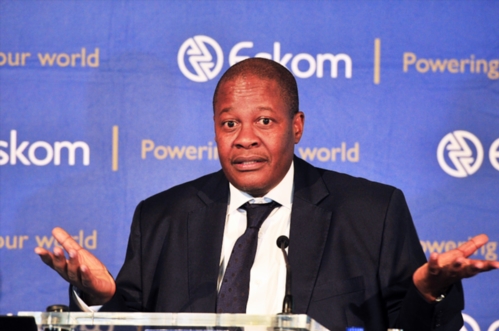 People on social media are of the opinion that Brian Molefe’s reinstatement was carefully orchestrated by the ANC and its members.

Spokesperson for Eskom board Khulani Qoma has confirmed Molefe will be returning to his old job as the head of the electricity parastatal on Monday.  This was followed by the Eskom board’s decision to revoke his application for early retirement last year.

Molefe resigned as the CEO of the parastatal last year November after the board could not agree with him on a mutually beneficial pension proposal. He then took on the role of being an ANC member of parliament.

Barely three months into his new role as an MP, Molefe will be returning to Eskom despite the public protector’s state capture report implicating him in alleged corrupt tender deals involving the Guptas.

“The decision therefore to reinstate him in his former position without these matters being resolved is tone deaf to the South African public’s absolute exasperation and anger at what seems to be government’s lacklustre and lackadaisical approach to dealing decisively with corruption, perceived or real,” the ANC said in a statement on Friday.

On Twitter, the sentiment was largely negative, with some people not ‘buying’ into the ANC’s statement

The recent #Eskom stunt has proven that #ANC at Luthuli House is not as radical & powerful as ANC in #Saxonwold #BrianMolefe pic.twitter.com/9U6FHqHZf6

#BrianMolefe has resigned as an MP. He's heading back to his old position as #eskom CEO. We are officially a banana state. Congratulations. pic.twitter.com/FDQ4kh8qKH

Saxonwold shebeen is a place to be tonight. Their adopted son #Brianmolefe is back at the helm of #ESKOM pic.twitter.com/zSLStvkEGU

Brian Molefe to resign as MP and going back to Eskom on Monday. South Africa Alive with Impossibilities… #Eskom

The #zupta movement is like pieces on a chessboard, each one is perfectly placed to strike at the right time. #Eskom #BrianMolefe

When you think you’ve heard it all! And then #BrianMolefe & #Eskom remind us we live in a ‘funny democracy’

Celebrations tonight at #SaxonwoldShebeen as their Platinum Loyalty Card customer #BrianMolefe returns from a holiday in Parliament. #ESKOM pic.twitter.com/uapUXxZe3Q

DA leader Mmusi Maimane doesn’t seem to be too happy about Brian’s reinstatement either.

“Brian Molefe should not be CEO of anything, nor should he be an MP, he is no honorable or fit/proper, he must face criminal charges,” he tweeted.

Brian Molefe should not be CEO of anything, nor should he be an MP, he is no honourable or fit/proper, he must face criminal charges.