Here are some of the controversial quotes from today's Presidency Budget 2017. 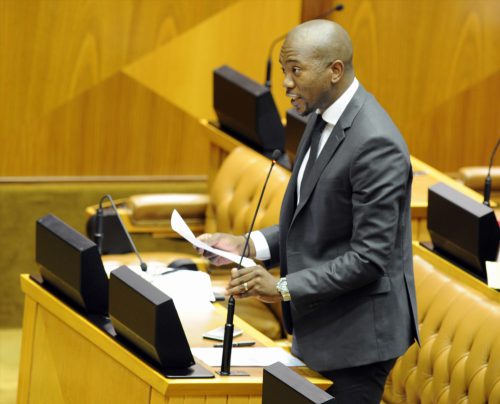 President Jacob Zuma appeared in the National Assembly on Wednesday, after the past weekend’s ANC national executive committee (NEC) meeting, to brief the House.

DA leader Mmusi Maimane, IFP leader Mangosuthu Buthelezi, NFP secretary-general Nhlanhla Kubisa and Minister of Justice and Constitutional Development Jeff Radebe were some of the MPs in attendance this afternoon.

Although members of the EFF did not attend the presidency budget speech, Maimane managed to cause a stir on his own, especially with his references to the Gupta family, and the Speaker ordered him on several times to withdraw the term “President Gupta”.

Here are some of the other quotes from the day that created a stir:

Maimane: “Leaders, one by one, took away the original liberation movement called the ANC.”

Maimane: “We can’t stand here and pretend that we vote on the budget for the country when the president makes crooked deals with a crooked family.”

Maimane: “We cannot come here and pretend that the presidency is not a Gupta headquarters.”

Maimane: “If the shoe fits, wear it,” he said, after withdrawing the statement that the budget was for “President Gupta”.

Buthelezi: “The country is unconscionable. The ANC is the oldest liberation movement in Africa, but the president has a hidden agenda.”

Kubisa: “Parliament should investigate Eskom, Prasa and Denel to root out corruption there!”

Mafu: “The ANC will rule till Jesus comes back.”

#PresidencyBudget this is what comes to my mind when I listen to Zuma. pic.twitter.com/nAhQ1cjTKL