The woman who died on scene were extricated by firemen using the jaws of life. 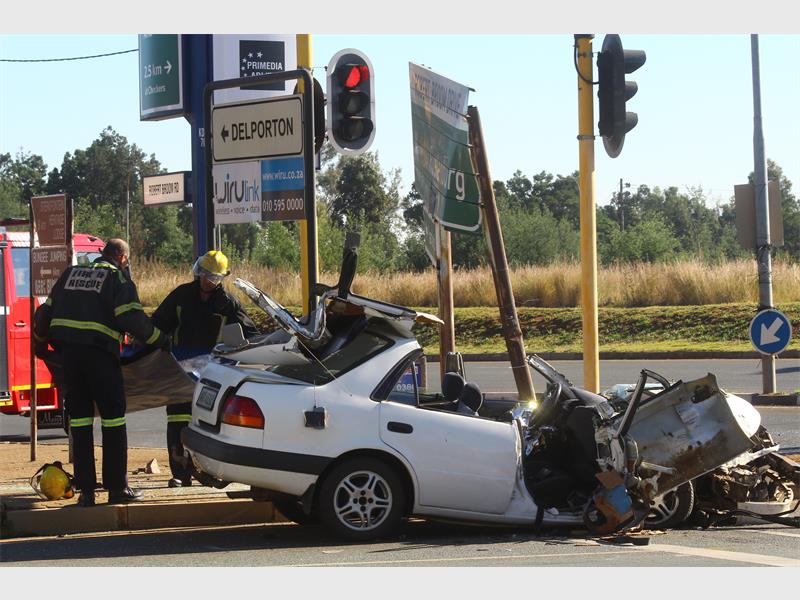 WRDM personnel used a folded blanket to cover the deceased who was driving this vehicle before she was killed in a T-bone collision.

One person has died and two others have been injured in a T-bone collision that took place at the intersection of Paardekraal and Robert Broom Drives at about 7am this morning on West Rand, Krugersdorp News reports.

Netcare 911 paramedics, Help24 and various other emergency service personnel were called to the scene.

Emergency service personnel arrived on scene and found that two vehicles – a Land Rover and a Toyota – had collided and came to a standstill in the middle of the intersection.

They found one person trapped in the Toyota. She died on scene. The West Rand Fire Department used the Jaws of Life to extricate her body from the wrecked vehicle. 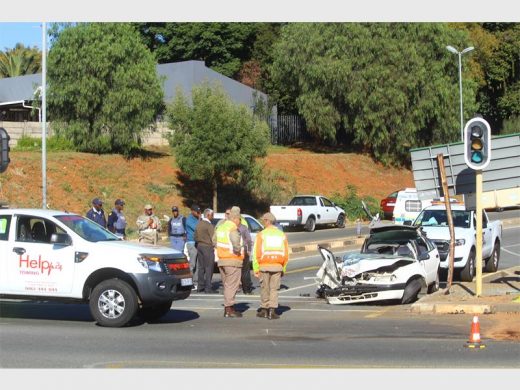 The scene at the intersection of Robert Broom and Paardekraal Drives near Plantland in Krugersdorp. 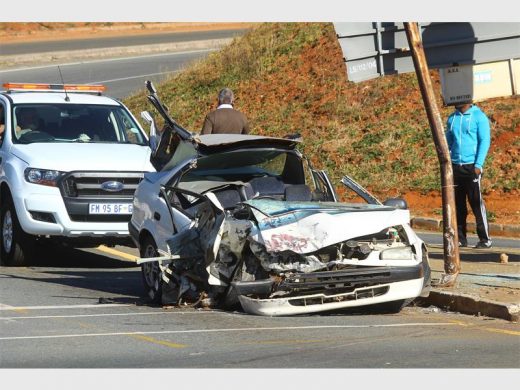 The Toyota in which a woman died after a T-bone collision.

The off-ramp from Paardekraal Drive and one lane on Robert Broom Drive had to be closed and both lanes were reopened after Krugersdorp police and the forensic department had gathered evidence and documented eyewitness accounts of the incident.

The family of the deceased were on scene.