A gas heater that could have been faulty is believed to have caused the fire. 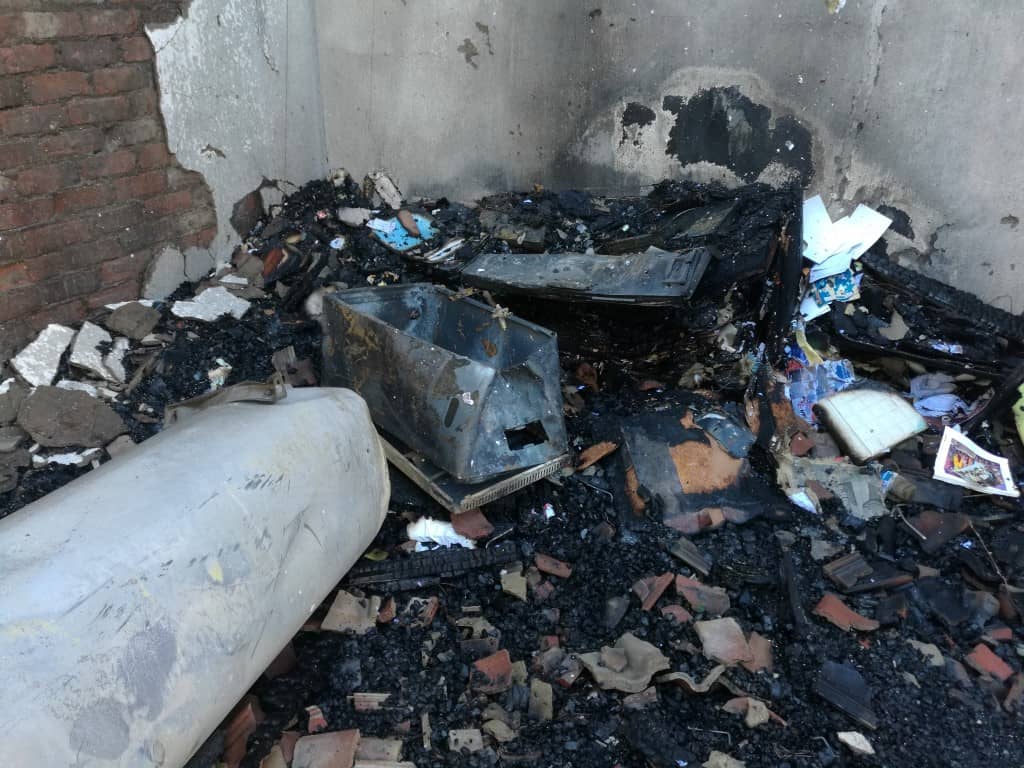 THE HEATER: In this photo you can see the heater where the fire started.

An Alberton couple, Mark and Tracey Peterson, lost most of their belongings and a pet parrot after their house on De Wet Street, Alberante, burned down.

A gas heater that could have been faulty is believed to be the cause of the fire on Tuesday, the Alberton Record reported.

The Petersons switched on the heater in their lounge and flames went running down the pipe.

“We immediately left the house, as everything happened so quickly,” said house owner Mark.

Elowayne Gouws, a paramedic from Fox Medical Unit, said when he arrived on scene, he tried to extinguish the fire with fire extinguishers from his vehicle, but the smoke was too bad and he could not succeed.

“When the fire department arrived they ran out of water trying to put out the fire, and when they tried to use the fire hydrant, which is on the corner of De Wet Street and Japie Geyling Steet, there was no water in it so they called for backup,” added Gouws.

According to Chantal Peel, a paramedic from National Paramedics, no one was injured. Numerous emergency services and legal authorities responded to the scene as well as members of the public, who offered assistance and support to the family.

Ekurhuleni Firefighters managed to contain and extinguish the fire by 9pm. WARM: The fire was so hot that the television melted in the room next to their lounge.

Mark said he was disappointed in the fire department, as he struggled to get hold of them, and they took their time attending to the matter. For now the family is taking it hour by hour, and the Record will follow up with them to find out if they need anything. KITCHEN: This is a part of their kitchen which was also damaged during the fire.