ANC must address dilemmas within the party, says Nqakula

He says South Africans are still in the struggle for a better life. 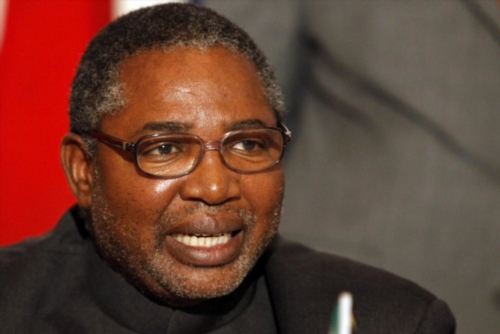 The ANC must hold a national consultative conference to address dilemmas within the party, says former defence minister Charles Nqakula.

“I believe, even at this stage, we ought to have a consultative conference… as the ANC and discuss,” the stalwart said.

“We owe it to ourselves as the ANC to sit down and have this discussion.”

It is not only ANC members but all South Africans who are affected by what is happening in the country now, he added.

Speaking on the sidelines of the launch of his memoir, The People’s War: Reflections of an ANC Cadre, Nqakula added that there were members of the ruling party who were not happy with the state of the organisation.

“The ANC as an organisation … has very important values and is … supported by many people in South Africa,” he said.

“Of course, there are those who are disappointed by some of the things that are happening currently. And although they have not left the African National Congress, they have withdrawn their support from the ANC. I believe that for the ANC to retain political power in this country, it is going to be important to address some of the problems that beset the movement at this time.”

Other ANC veterans and stalwarts have likewise called for a separate consultative conference.

They are unhappy that two days of the party’s policy conference later this month have been set aside for organisational discussions, and are calling for a separate consulative conference.

ANC secretary-general Gwede Mantashe reportedly threatened the party would cancel the talks should the stalwarts and veterans continue to disagree with its timing.

“If they do not accept the two days we will cancel the two days and continue with the policy conference,” he told News24.

Referring to the ANC-led alliance with the South African Communist Party and trade union federation Cosatu, Nqakula said he believed “meetings should continue to happen and if … there is a common desire to find one another, there won’t be any difficulties. It must be easy for people to arrive at common positions with respect of the way forward.”

Asked what lessons the ANC could take from his book, Nqakula said it should be used to draw on the examples of the past.

“This book is a history of how the ANC has developed its strategy and tactics over the years. And this book therefore ought to be read by those who want to have an understanding of the ANC.

“I use the examples of how various leaders of the ANC used their experience and wisdom to lead the ANC over the various turbulences of the time. But in the end, those leaders were able, indeed, to get the ANC over some of those challenges. And therefore the book ought to be a strategic palette for people to draw lessons from.”

The ANC in the past was united through the efforts of some of its leaders. “This is the lesson I want people to take home.”

Although liberated, South Africans were still in the struggle for a better life as promised by the ruling party, he added.

“We continue to struggle because the struggle did not end when in 1994 we had a democratic elected government. There are other challenges that we have and we have to ensure that our people indeed do get a better life as the ANC promised.

“Up to now we have not done everything necessary in order for them to get that better life.”

One reason he wrote his book was because he felt the time had come for people “who have any story that talks to the history of SA to sit down and write”.

The South African story had to be told from the point of view of the revolution that was unfolding.

“Because in the end, the totality of stories will produce the real history of South Africa.”

A former journalist, he said, media from the past would want to believe they were better.

“But I think that today’s journalists are more fortunate than we were because they have access also to various channels of information which we did not have. We had to actually go after information.”

Former journalists, however, weren’t immersed in the struggle.

“Our advantage was that we were looking at the struggle for liberation, and it was easier therefore because we understood that struggle. And we understood that we had to go fight against apartheid, as those directly involved in the revolution were doing.”

Therefore, it was easy to produce those kinds of stories because they were working with people on the ground. – yadhanaj@citizen.co.za