The parties involved agreed that the suspension will last until Monday. A sign at the Kruger National Park. Photo: Letaba Herald

The strike in Kruger National Park has been suspended.

According to head of SANParks communications Janine Raftopoulos, the parties involved agreed that the suspension would last until Monday, Lowvelder reported.

Earlier today, members of the Health and Other Service Personnel Trade Union of South Africa (Hospersa) abandoned their work stations.

Hospersa is demanding a 9% increase for their members.

SANParks is offering a 6.01% salary adjustment and a 1% progression.

They decided to strike after conciliation attempts between the union and SANParks were unsuccessful.

The Commission for Conciliation, Mediation and Arbitration (CCMA) facilitated another session between the parties this morning, which preceded the strike’s suspension.

“The CCMA requested both parties to go back to the negotiation table and revert with a solution no later than Monday, 24 July 2017,”said Raftopoulos.

SANParks management thanked the CCMA for its effort in trying to resolve the issue. 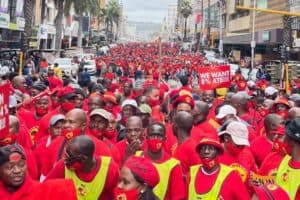 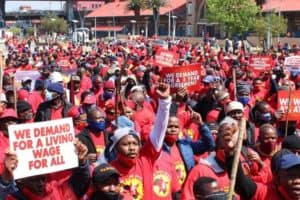