MEC asks disgruntled residents to be patient as government works to clear backlog. 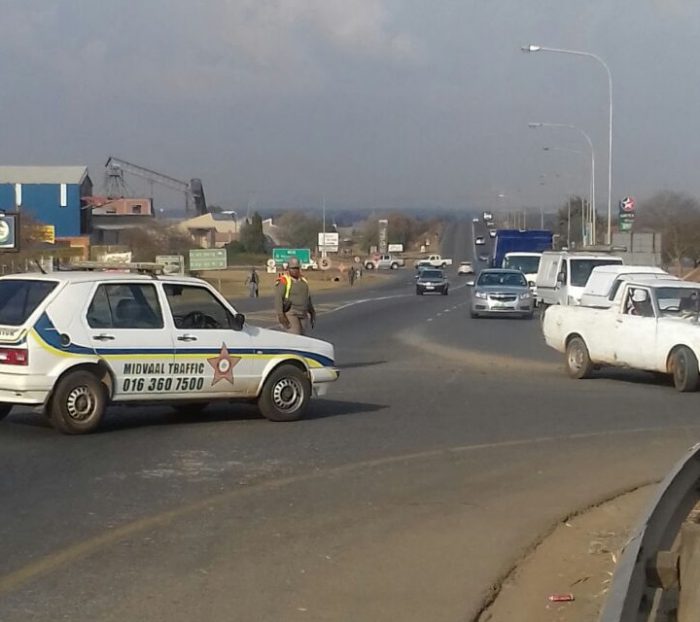 Sicelo Informal Settlement residents blocked some parts of the R59 road near Meyerton on Tuesday afternoon.

Following an almost two-week break from protest action, disgruntled residents again took to the streets on Thursday, barricading the busy R59 highway which was only reopened in the early hours of yesterday.

One motorist, who was not aware of the protest action, was attacked and had her personal belongings taken.

“The motorist tried to make a U-turn when a group of protesters started attacking her and took away her cellphone and laptop. A case of public violence and armed robbery has already been opened,” Makhubela said.

He confirmed the protest action started on Thursday afternoon and went on through the night.

“It was a very tough night but eventually the police managed to disperse the protesters and pushed them off the high ground by firing rubber bullets because they were also hurling stones at us.

“We want to appeal to motorists to be extra cautious when using the R59. Our officers will also remain there until such time law and order is fully restored,” Makhubela said.

The protest, by residents from the Sicelo informal settlement, is about service delivery issues and housing.

They claim Gauteng MEC for Human Settlement Paul Mashatile made promises to them before last year’s local government elections and has failed to deliver on those promises.

According to MMC for Development and Planning at the DA-run Midvaal local municipality, protesters have made it clear that the only person they want to speak to is Mashatile.

Speaking on the sidelines of a Mandela Day event in Orange Farm on Thursday, Mashatile condemned the protests which have gripped different parts of the province, saying some of them were instigated by people who are just seeking attention.

He called on residents still awaiting services to be patient as government was working around the clock to clear the housing backlog which currently stands at around half a million.

Meanwhile, the DA’s shadow MEC for Human Settlements Mervyn Cirota described Mashatile’s comments on community protests as a sign of a leader who is out of touch with reality.

“Does MEC Mashatile believe that people who have no homes, who have no access to clean water or piped ablution facilities, protest because they do not have legitimate concerns?

“Violent protests flare up across Gauteng because residents are fed up with empty promises,” he said. – stevent@citizen.co.za