One of the suspects dropped his firearm and a wallet as he fled. 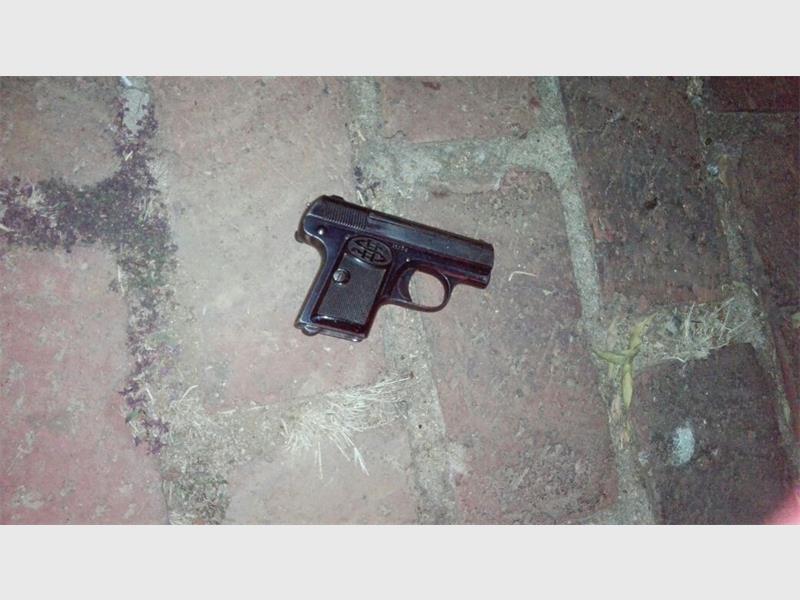 One of the suspect's firearms which was dropped before getting away. Picture: Alberton Record

An attempted hijacking took place on Wednesday where the driver of the targeted vehicle ran over one of the suspects on Lil Bester Street in Brackenhurst, in Ekurhuleni, Alberton Record reports.

According to Tyrone van der Merwe, CPS Security sales director: “The driver saw the thieves and reversed over one of them, and all three suspects got away, and one of them is possibly injured.”

One of the suspects dropped their firearm and wallet before getting away.

The getaway car was a Chevy Cruze.

“This vehicle has been active in the Brackenhurst and Brackendowns areas, and we are on the lookout for it.