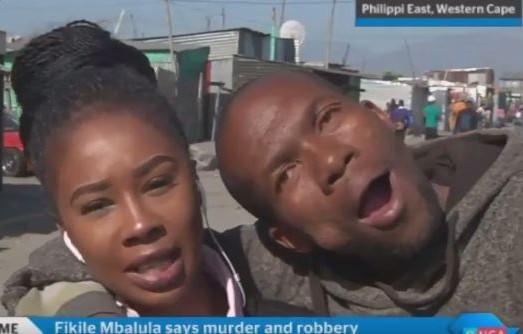 eNCA reporter Athi Mtongana kept her cool when a man came out of nowhere to interrupt her live broadcast.

She was reporting live from Phillippi East, in Western Cape, on Tuesday when a man came from behind her to pester her, made a funny face at the camera and left.

Social media praised Mtongana for “keeping her cool” during the incident, while gender activists found the man’s behaviour very problematic.

Men really are trash & women are forced to be "composed" & "dignified" in the face of such an obscene invasion of personal space.
☹️???????? https://t.co/eqzv1uTOmU

She loves her job. She dealt with the situation in a very calm manner and most of all continued ????

Gotta love and understand our people regardless. I love how Athi handled it????????

Great journalism, some journos can let a lot from you mama, well done. No fear, No favour