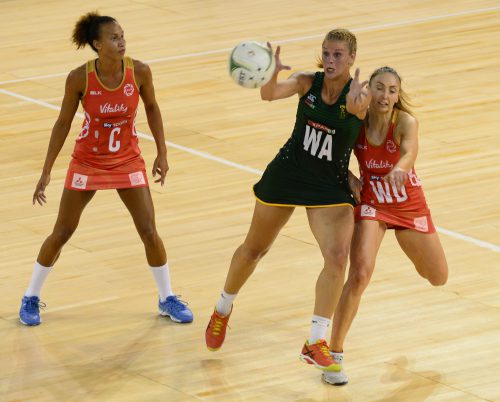 Succumbing to early pressure, the Proteas netball team were too sluggish in finding their composure on Sunday, falling to England in a narrow defeat in their last match of the Quad Series at Ellis Park.

After securing a rare victory over the Roses late last year, and holding Australia and New Zealand to their closest defeats in more than two decades in their previous two matches, South Africa had been expected to give the English side another rattle in front of a packed crowd.

They were outplayed from the start, however, and though they managed to dominate the final quarter, the hosts were handed a 52-47 defeat.

Proteas goal shooter Lenize Potgieter netted 33 of her 35 attempts, while goalkeeper Phumza Maweni was an anchor on defence, but the hosts were unable to get on top of their opponents and trailed 30-22 at the half-time break.

The Proteas hit back, however, and with captain Bongi Msomi injecting some pace after being reintroduced at centre in the final quarter, they closed the deficit to three points with around 10 minutes left in the game.

But the home side left themselves with too much work to do in the closing stages, settling for bottom spot in the Quad Series standings.

Earlier on Sunday, world champions Australia beat New Zealand to finish top of the table in the four-nation campaign.