DA upset by ANC’s support of de Lille, regard her as ‘without mandate’

The DA is ticked off De Lille 'survived in large part due to the support of the ANC.' 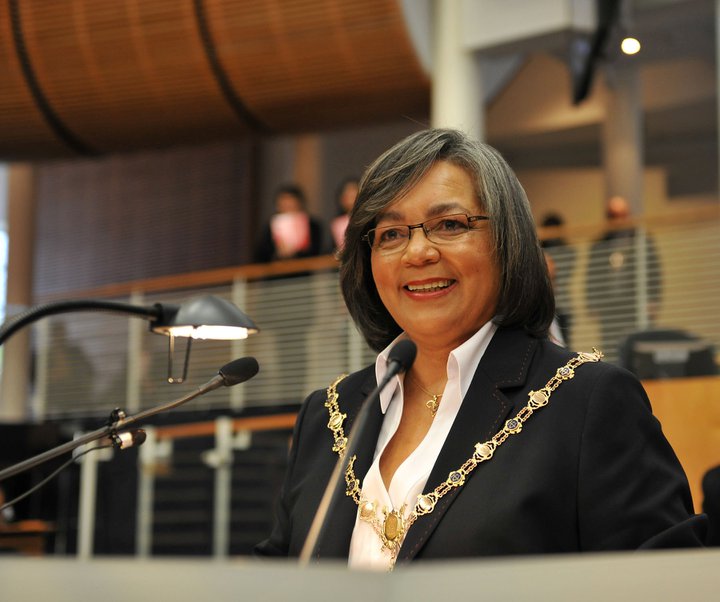 The DA is deeply unhappy with Cape Town executive mayor Patricia de Lille’s survival of today’s motion of no confidence brought against her by her own party by “the narrowest of possible margins.”

“It is important to also note that the vast majority of DA councillors expressed their lack of confidence in the Mayor and that she has survived in large part due to the support of the ANC and the other smaller opposition parties. 75% of the DA caucus voted in favour of the motion.

“This means she in effect is governing without a party mandate. This is a serious undermining of the DA and the values and the electoral mandate which we were given by the people of Cape Town,” said DA Western Cape leader Bonginkosi Madikizela in a press statement.

Madikizela said this seriously brings into question whether it can be said that De Lille has the mandate of the electorate which voted for the DA. He also highlighted that the motion of no confidence “followed a number of damning allegations against De Lille pertaining to maladministration and governance failures, not least by an independent council investigation and the Auditor-General.”

Party leader Mmusi Maimane said that the federal legal commission investigation against De Lille is on-going and findings will be communicated: “110 members of her own 150 member caucus wanted her out.”

War of words in the DA Western Cape escalates, Madikizela hits back at De Lille