While Bafana Bafana have been rocked by players refusing to honour call-ups for the Australasian tour, Mamelodi Sundowns' Hlompho Kekana described playing for the national team as "special". 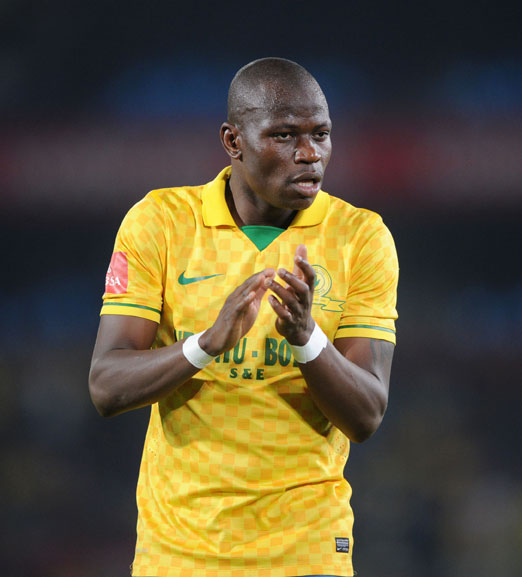 FILE PICTURE: Hlompho Kekana of Mamelodi Sundowns during the Absa Premiership 2013/14 match between Mamelodi Sundowns and Supersport United at Loftus Versfeld Stadium in Pretoria on the 06 May 2014 ©Muzi Ntombela/BackpagePix

This week Bafana coach Gordon Ugesund had to reshuffle his squad more than once in order to finalise his 18-man touring party for friendlies against Australia and New Zealand next week.
Igesund lost 11 players from his initial selection, and on Tuesday, four more players shunned the chance to don the yellow shirt.
Teko Modise, who had not been called up under Igesund’s two-year reign, withdrew from the team on Wednesday, having been called up 24 hours earlier.
Modise’s Sundowns team-mate Kekana said players who are not part of the team have their own reasons for withdrawing but he is happy to be part of the squad.
“It has been a tough season for me,” Kekana said before the team departed for Australasia last night, “but its always an honour to play for the national team.
“Players who are not here have their own reasons.
“For me I see it as a significant act – an honour to play for the national team.”
On Monday Bafana play Brazil-bound Australia in a friendly international, then face New Zealand four days later.
Australia are using the Bafana game as their farewell match for their fans as they head to the World Cup in South America.
As many of his key players such as Bernard Parker, Siphiwe Tshabalala, Itumeleng Khune, Sibusiso Vilakazi and Thabo Matlaba are no longer part of the squad, you would not expect a depleted Bafana to return home with positive results.
But Igesund, an eternal optimist, said the team will do well.
“They all deserve a chance to be here. We cannot take the Australians for granted as they played tough nations in their World Cup qualifiers,” he said.
“But we have a team which can win there.”