So begins the blame game for tax burden

The tax burden is really increasing in South Africa and taxpayers are not getting value for their money. 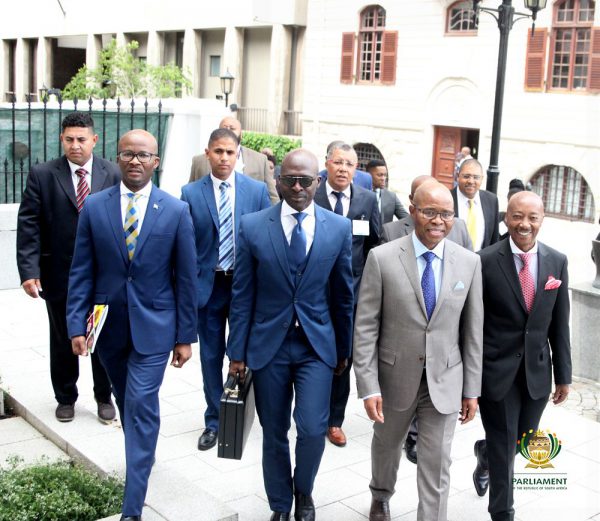 Former president Jacob Zuma and the Guptas “should carry a big share of the blame” for consumers’ additional burden of being more harshly taxed.

This is due to flagrant corruption and state capture under the Zuma administration, according to economists reacting to Finance Minister Malusi Gigaba’s announcement of a 1% VAT increase from 14% to 15% in yesterday’s budget speech.

“The man on the street is now being lumbered with all sorts of increases in his cost of living that would otherwise not have occurred. They should carry a big share of the blame for this,” economist Azar Jammine said.

“Much of this arises out of the complete and flagrant disregard for the needs of the man on the street by the previous administration under Zuma. This is coming back to hit those people with the impact of the VAT.

“I don’t know what more to say about this, but Zuma has paid for it through early recall. Hopefully, the chickens will come home to roost,” he said.

Economist Mike Schussler, in echoing this view, also pointed to the fuel levy increasing by 52 cents per litre as of April and increases in sin taxes of between 6% and 10%. This would only add to the pressure on consumers’ pockets, he said.

“We are looking at a situation where the tax burden is really increasing in South Africa and we are not getting value for money. And I think the Guptas probably had some impact on this.

“I am not one of those people who can just blame the Guptas, but I will say this – the corruption impact in South Africa has been huge,” he said.

Schussler agreed with an assessment by Standard Bank economists that “we have probably lost about a trillion rands in economic value through corruption and mismanagement of our economy”.

And, if the right laws were in place, “we probably would not have lost those trillion rands”.

“Part of our problem is certainly the corruption. I don’t think the Guptas are the only ones to blame. There are others that we know of. And when corruption is at the top of government, it very easily creeps into other parts of government,” he said.

Consumers can relax until March but from April 1 the VAT and fuel tax increases will be implemented.

“This will impact most of us,” said Schussler.

“It’s a huge increase. And, in April, we also get a 5.2% increase in electricity so I think the inflation rate this year will be above 5.2%,” said Schussler.