EFF calls for investigation into Mashaba as ombudsman resigns

Suspended Joburg Ombudsman reportedly ran out of money and resigned in the middle of a disciplinary hearing. 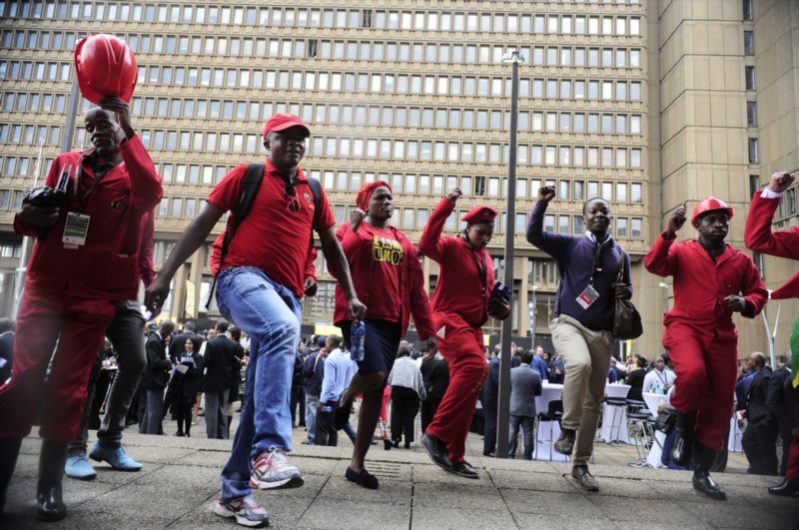 Economic Freedom Fighters councillors sing and chant during the City of Johannesburg Mayor Herman Mashaba’s first state of the city address in the new council chamber on May 03, 2017 in Braamfontein, South Africa. Mashaba delivered his speech in the new R360-million council chamber, which the EFF is reportedly not entirely pleased with it. Picture: Gallo Images

The Economic Freedom Fighters (EFF) in the city of Joburg council, which voted in DA mayor Herman Mashaba after the local government elections of August 2016, is calling for allegations of nepotism against Mashaba to be investigated “thoroughly”.

The Sowetan, which also corrected its earlier story that Mashaba had “hired” a consultant who works for his wife’s company, as there was no contract, is reporting that the EFF is still concerned about a perceived conflict of interest arising out a free service offered to Mashaba by Akhter Alli Deshmukh.

“If it is found that he is involved in corruption, he should face the music,” EFF caucus leader Musa Novela is quoted. When The Citizen contacted Novela this morning, he said he was at a rally where the noise level was simply too loud to conduct a telephonic interview. He asked to be contacted in the afternoon. The call was reportedly supported by Patriotic Alliance councillor Lloyd Phillips who said the allegations were “serious”.

Meanwhile, it has been confirmed that suspended City Ombudsman Adv Sduduzo Gumeme has resigned a few days after the Labour Appeals Court reinstated him to his position after having been suspended by Mashaba in May 2017.

Randburg Sun attributed Gumede’s resignation to the costs of legal battle and said he “literally ran out of money to continue fighting” and wrote that it had obtained a document from the city’s legal representatives that were later removed from the case, advising the city to not suspend the ombudsman because the reasons for his suspension were not justified.

The Citizen was able to obtain communication between the city and Gumede’s lawyers in which it announced it would press on with the case and would not grant the postponement he requested. 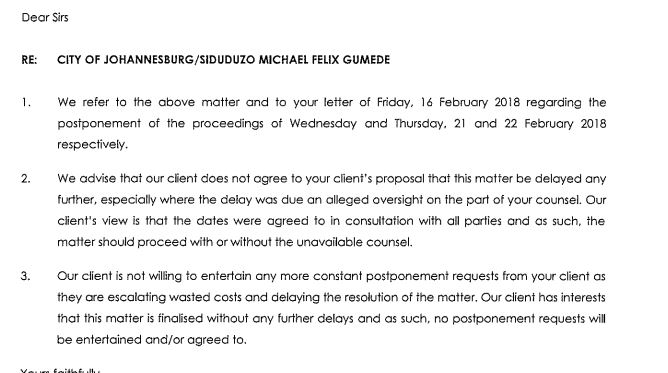 WEATHER WATCH: Joburg underwater after flooding and thunderstorms
4 hours ago
4 hours ago

WEATHER WATCH: Joburg underwater after flooding and thunderstorms
4 hours ago
4 hours ago