Motsoaledi wants legislation to give him sharper teeth

The health minister says he has no powers relating to provincial matters such as procurement of goods and services, which clearly has to change. 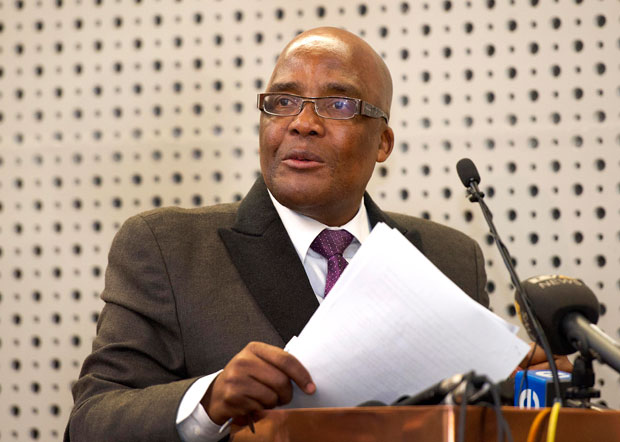 That a private company was awarded contacts in two provinces to offer the same service that workers in those departments could do points to a much bigger issue – the health minister is powerless in the sector.

Dr Aaron Motsoaledi says he has already spoken to his Cabinet colleagues and members of parliament about his inability to intervene even where he can see that provincial departments are making irrational decisions.

“I told them that we need to change the legislation, reason number one why we must change them is the entire HR function of who gets fired. I have got no say. In law, it is the MEC, the HOD, the CCMA and the Labour Court. Secondly, it is financial management, budgets for provinces…money moves from Treasury to provinces.

“The minister has no powers. When it comes to procurement, provinces don’t have to inform me. The fourth one is maintenance of infrastructure. If I had powers I would have stopped the Mediosa contract. I am now appealing to the minister of finance, because money is just being poured down the drain,” Motsoaledi bemoaned.

“Human resources is 100% in the provincial competency. When it comes to financial management and budget I can’t tell them how to allocate the money. Procurement of goods and services and lastly maintenance of equipment, and infrastructure is falling apart in provinces.

“All the complaints have to do with deterioration of the healthcare system and the four pillars I have mentioned need to be regulated by the minister. Oncology in KZN was about hiring and maintenance. Mediosa is about hiring clinics we don’t need. If you read the Life Esidimeni Ombud report, the MEC (Qedani Mahlangu) was asked whether she told the minister anything. She said she didn’t have to.

“We can’t keep on talking about national health problems. The legislation did not envisage that we will have these challenges. I went there [North West] on Friday and now I understand we don’t need that service at all. My second observation is that the upfront payment is wrong,” explained Motsoaledi.

He said the basis for declaring the payment unlawful is because he has seen a letter from the North West department’s own legal division advising it was illegal to make the upfront payment, and in violation of the Public Finance Management Amendment Act.

“When I threatened on Friday that I will go to court it is because the HOD signed with his eyes open, but the minister is not empowered to fire the HOD, it is the Premier’s responsibility. Here is a HOD who I don’t think is fit to run the department.

“I also don’t understand what the Premier [Supra Mahumapelo] meant when he said I am prejudicing the HOD. I am not an appeal authority on matters of HR. The matter is never going to come to me in the future. The minister is not allowed to intervene by law,” Motsoaledi added.

“I can only prejudice you if I have authority. Remember Bheki Cele was blamed on that white guy who killed his wife here when he said a monkey came here to kill his wife. He was a policeman not an judicial officer,” he said.

Motsoaledi said the information he has is that the Free State Mediosa contract, which the department confirmed to The Citizen has been signed, is estimated to be worth about R200 million. However, said he will comment when the facts have been determined.