Biker’s body found in bushes in Centurion after apparent crash

The man was found by a passer-by, a short distance from his motorbike. 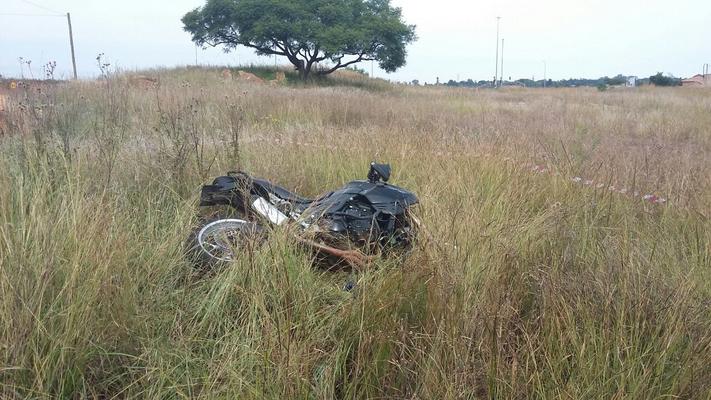 The body of a man, believed to be in his 30s, was found lying next to his motorbike along the R55 and Ruimpte Road intersection in Centurion in Pretoria on Sunday morning, paramedics said.

ER24 paramedics were called to the scene at about 10am after a passer-by spotted the body, ER24 spokesman Russel Meiring said.

“On arrival, paramedics found a man lying a short distance away from his motorbike. Paramedics assessed the man and found that he had been dead for some time. Nothing could be done for the man and he was declared dead.”

The details surrounding the incident were not yet known, but local authorities were on the scene to investigate, Meiring said.