Exactly two weeks before L Botha’s eighth birthday, he lost his mother and her boyfriend in a horrific accident on the N4 in Mpumalanga on December 31. 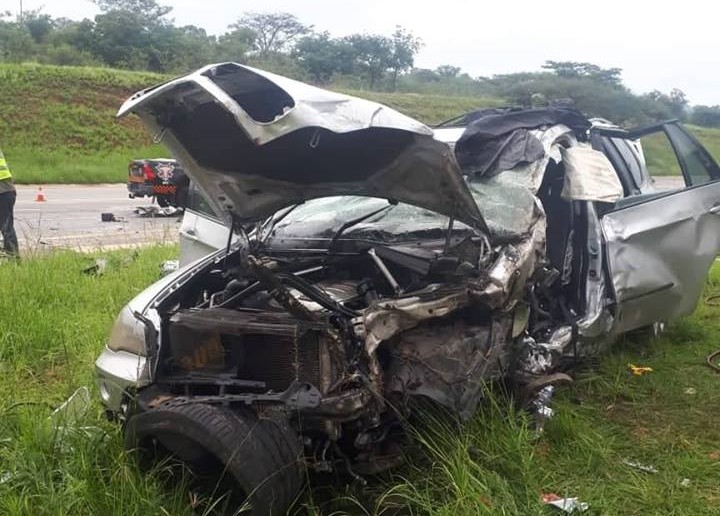 A seven-year-old boy was travelling with his mother and her boyfriend when they were in a horror accident, trapping his guardian’s corpses along with him in the wreckage. The boy fractured his clavicle, broke both his wrists and his leg to such an extent that the bone tore through the skin, sustained a laceration on his hip and multiple abrasions and bruises, reports Lowvelder.

Bystanders saw a woman standing in the pouring rain holding an umbrella over the boy who was, at that stage, still trapped in the car with the bodies of his guardians, Magda de Beer and Wayne Jansen van Rensburg.

The accident occurred when a BMW X5 allegedly drove into the wrong lane and hit the Toyota Tazz the family was travelling in head-on.

Solange Soares-Nicholson, TRAC N4 spokesperson, said at that time it seemed that a tyre on the BMW had burst, causing the driver to lose control of the vehicle and caused it to swerve into the wrong lane.

De Beer and Jansen van Rensburg died on impact, while the occupants of the BMW sustained serious injuries and were transported to hospital.

According to Emer-G-Med spokesman Martin Jeffrey, the boy was screaming hysterically when they arrived on the scene.

Botha is still in the ICU at Kiaat Hospital, and was taken off the ventilation machine yesterday.

Danny Botha, the boy’s father, says that he is staying strong for his son. “They will be doing an operation on L’s leg for risk control. He will not be able to walk for a while,” Danny said.

Moeti Mmusi, spokesperson for the Department of Community Safety, Security and Liaison said that law enforcement officials will be investigating a case of culpable homicide.

He confirmed that just over 130 people have died on the province’s roads this festive season, while the death toll for roads in the Lowveld is just under 40. “But one life lost is one too many,” Mmusi said.

He expects a heavy influx of traffic this weekend, as many people only return to their jobs on January 7. He also said that the department expects congestion at the Lebombo border over the weekend and that this might last until Monday.

Jeffrey reiterated that no lives should be lost and that all the accident scenes he attended to over the festive season had been caused by speeding, negligent driving in bad weather conditions, and possibly fatigue.

According to him, they attended to 54 motor vehicle accidents in December in which three people, including Botha, were seriously or critically injured. The current death toll for the same period reported by emergency services stands at 11 people, which includes De Beer and Jansen van Rensburg.

Mmusi urged motorists to be very cautious while they are driving on the roads this weekend, to prevent similar losses from occurring.