The installation of 15,000 CCTV cameras in Joburg’s suburbs will certainly help combat crime, but they could be used for Big Brother-type snooping. 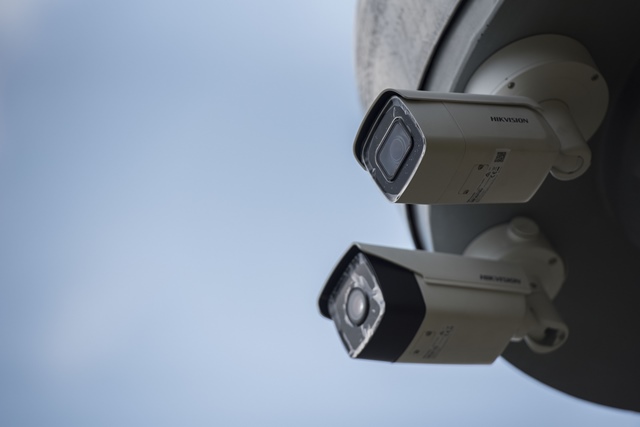 Vumacam, a subsidiary of fibre infrastructure company Vumatel, is installing CCTV cameras on the streets of Johannesburg’s suburbs. It plans to roll out 15 000 of them across the city within the next 12 months.

Vumacam’s move has, however, prompted concerns over how it intends to comply with existing security legislation and whether the benefits of CCTVs would override the liberties of the right to privacy.

The company has so far installed 889 cameras in suburbs such as Melville, Dunkeld, Craighhall, Bryanston, Emmerentia, Morningside and Illovo. Its goal is to build a camera network throughout Johannesburg worth R500 million, which will be accessible to security companies and law enforcement agencies, to help them with crime alerts.

The cameras will only be installed in public spaces, Vumacam notes.

The company explains it saw the need for this kind of camera network in the market when it observed that there was “a multitude of disparate CCTV solutions, often unconnected and with ‘islands’ of uncovered suburbs adjacent to covered suburbs”.

In addition, it says the existing network is often “unmanaged, not maintained, and there was often no awareness of whether the system was down until footage was required”.

Ashleigh Parry, managing director of Vumacam, says: “We envisioned a city watch solution, whereby security companies and communities were stimulated to work together on a common platform, sharing information between areas.

“We’ve had unbelievable demand for our services, surpassing even our estimates.”

She adds that the company would not be watching the footage and would instead be providing pre-vetted companies with access to the feed.

The companies which wanted the feed would have to enter into an agreement with Vumacam, compelling them to abide by their terms and conditions and existing privacy laws, such as the Protection of Personal Information (Popi) Act.

Attorney and cyber security expert Natasha Moni said the roll-out plan would not sit well with ordinary citizens and that one should weigh up the purpose of the private company’s intentions to pursue its goal.

Moni said if the plan was to make money, the right to privacy should not be overridden. “I say this, even considering that it may be a deterrent to crime because the information is not freely available, it is to be sold.

“Further, on what basis will the information be disseminated? Where are the rules of engagement? Who determines those rules?

“This cannot be done by a corporate citizen set up to make money. What happens if the cameras collect information that is not necessarily about crime? Could this be sold, could this be used against our citizens?

“Practical things such as what happens when one security company takes over a suburb from another security company and the community does not require the cameras? Without answers, I do not see how the right to privacy can be overridden,” she adds.

Another cyber security expert, Dustin van der Haar, with the University of Johannesburg, said there were two sides to this case. He said on the one hand, there were benefits that came with the introduction of video surveillance as a service solution, pointing to cities such as Barcelona and London and a large portion of China using similar systems.

“Video surveillance has been shown to reduce crime and ensure safety in certain public areas, such as parks and metro train stations, and is a deterrent to criminals,” says Van der Haar. “Using a video surveillance model also reduces costs for the other parties involved, especially the SA Police Service.

“In fourth-generation video surveillance systems, you can also do video analytics that enables the searching for specific individuals, license plate recognition, event detection, smoke detection and so on,” he adds. “One would need to determine if the potential compromise of our liberties justify these safety and security benefits.”

On the other hand, he says: “In our context, there are laws [such as section 14 of the constitution, Popi and Rica], which would be applicable to video surveillance, but I am not aware of a specific policy that would define a code of practice for video surveillance on the grassroots level.

“For example, Rica defines that a designated judge can only authorise an ‘interception direction’ if there are reasonable grounds for a citizen. Whether this applies to deployed infrastructure … is questionable, along with what level of oversight should be applicable to them.”

In response, Parry says: “We do not think this is a violation of any constitutional rights. Our clients’ control room operators are mostly reacting to alerts and not watching the footage.”

The Johannesburg Metro Police Department said although it did not have all the information on how the system will work, it welcomed the move, as it would be to the benefit of the city’s residents. 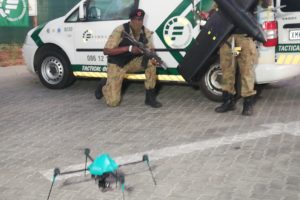 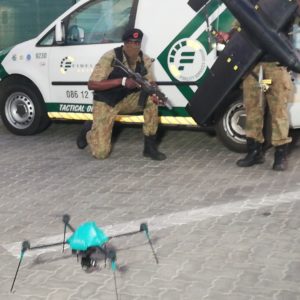