Pambo gave his reasons for accepting the award for documentary 'Everything Must Fall' on behalf of the producer. 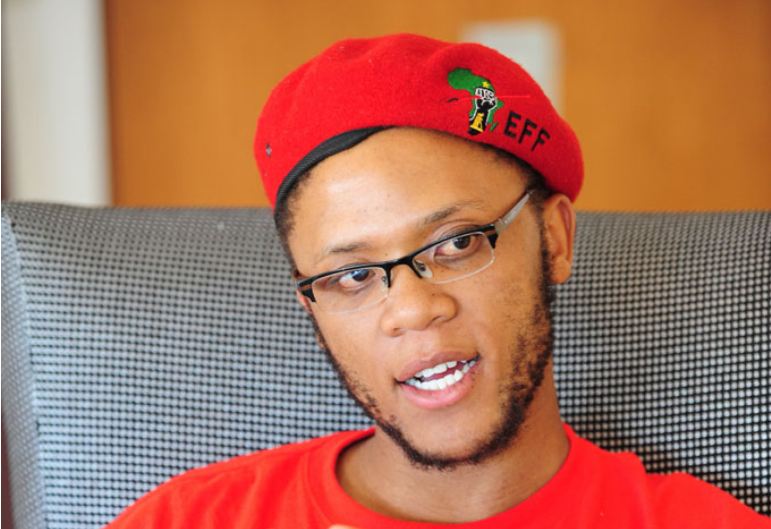 Economic Freedom Fighter member and student activist Vuyani Pambo put on quite a show in his speech after accepting an award on behalf of the producers of television documentary Everything Must Fall, during the 2019 South African Film and Television Awards in Sun City on March 2, 2019.

Pambo accepted the award on behalf of Uhuru productions, which won the award for best documentary feature, dedicating the award to the children of the mine workers who died during the Marikana massacre.

The outspoken EFF member challenged Arts and Culture Minister Nathi Mthethwa by saying children would soon obtain free quality decolonised education under the leadership of the EFF before ending his acceptance speech, urging people to vote for the EFF on May 8.

[MUST WATCH]: Television documentary "Everything Must Fall" won the best documentary feature at the #safta13

It was @vuyanipambo who rose to the podium to receive the Award.

Boy did he not ruffles feathers ✊????

Pambo, who has been dubbed #ManCrushMonday title by some on Twitter – a title which social media give weekly to someone considered good looking – said the title made him feel anxious.

“Half the time we [EFF] are about a cause. I suppose it’s endearing,” he said, adding that the recognition meant people took note of the work that the party was putting in.

Answering a question on why he took to the podium to receive the Safta Award, Pambo said the documentary, Everything Must Fall, was based on the campaign around the Fees Must fall movement.

He said the producer of the documentary managed to convince him to accept the accolade on his behalf. “Eventually, he said, you really need to go take it, [be] coz I’m not going to be around and I don’t think it’s wise, and its an opportunity for you to raise the plight of students on that particular platform.

“This is an opportunity for you to speak about the conditions, situations and challenges” faced by students.

“It was important for me to tell my truth as I know it. That truth is that free quality education will only come from the EFF.”

He said it was important to raise the issue as students were still sleeping in libraries and in toilets. He claimed there were over 60% of students at various institutions who still struggled with registration fees.

“You can’t say there’s free education if people are still dying for it.”

#FeesMustFall was a student-led protest movement which kicked off mid-October 2015. It was intended to put pressure on the government to stop the increase in student fees as well as to increase government funding of universities.