Studies 'show a different picture to the populist view of blaming resource constraints and a high unemployment rate on foreign nationals'. 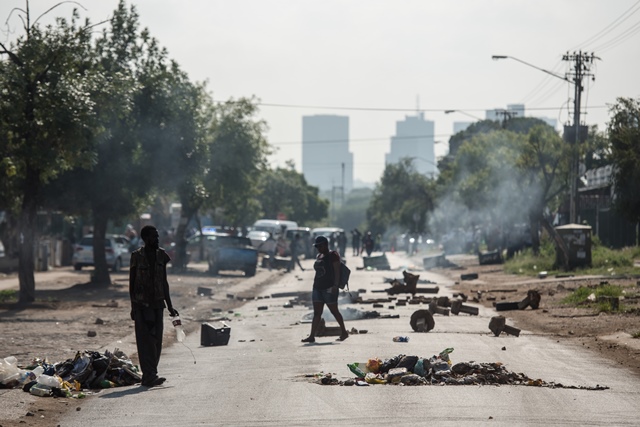 A street scene from Pretoria West after a protest against foreigners in the area, 31 January 2019. Picture: Jacques Nelles

There is no evidence or research supporting generalised statements that foreign nationals strain healthcare services or that they do crime, according to the Lawyers for Human Rights (LHR).

With electioneering in full swing, politicians, including Health Minister Aaron Motsoaledi and, most recently, Gauteng Premier David Makhura, have been slammed for statements on the subject of foreign nationals.

Faith Munyati, an attorney in LHR’s refugee and migrant rights programme, said studies show a different picture to the populist view of blaming resource constraints and a high unemployment rate on foreign nationals.

A 2018 study by the World Bank showed that between 1996 and 2011, every immigrant worker generated two jobs for South Africans.

“Other significant statistics would be those provided by the minister of justice and correctional development, where he stated in parliament that non-national prisoners made up less than 8% of the incarcerated population in July 2017,” Munyati said.

The reasons why people are undocumented should be explored, she said, because many people could not afford to access the appropriate documents. This inevitably puts them in a precarious position where they are subject to arrest and it also makes it difficult for them to access resources.

“I believe if South Africa’s migration model was more accessible and individuals could easily obtain a permit or visa, many would choose to document themselves rather than to live the difficult and often unpredictable life of being undocumented.

“The introduction of a SADC visa could be the first step in this direction,” she said.

The department later said the directive should not have been issued.