Where was the effort? asks Swys

The Lions coach admits he and his troops needs a brainstorming session before embarking on their tour. 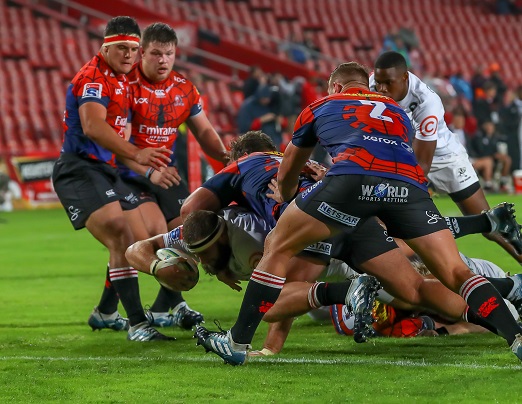 Following their poor performance against the Sharks at the weekend, Lions coach Swys de Bruin was grateful that his team were heading on tour.

The Lions, who were routed 42-5 in their home derby at Ellis Park, were set to embark on a Super Rugby tour of Australasia on Tuesday, with tough games lying ahead against the Brumbies, Chiefs and Crusaders.

“It’s a good thing we go on tour now, to take the pressure off. Let’s go and play,” De Bruin said.

“We don’t know some of the younger guys well enough, so it’s almost like 2014 when we had to get to know the guys first and work through them. I think it’s perfect timing.”

A lack of effort was the biggest disappointment to him, De Bruin said, in their latest defeat.

“I’m not here for winning or losing. I’m here for effort and guts and I didn’t see that.”

After three defeats – all in local derbies – and four wins, the Lions were in seventh spot overall in the Super Rugby standings and third in the SA Conference, and De Bruin admitted they would need to have a brainstorming session before their departure.

“This thing of being down and coming back, we have to look at that,” he said.

“I have to sit down with my management and leadership group and discuss why we don’t start well. That’s the biggest thing to work on at this stage.

“I’ve lost before in my life, many times, but I believe you can always lose provided you show effort, and I didn’t get that effort.”

While the Lions had been given a boost, with regular captain Warren Whiteley being cleared from his chest injury, he would be available only for their second tour game against the Chiefs.

Meanwhile, inexperience in certain positions continued to cost the Lions.

“Nathan (McBeth) at 20 suddenly had to face a Juan Schoeman, and Beast Mtawarira goes off and they bring another tank on in Thomas du Toit,” De Bruin said.

“We don’t have guys like that at the moment.”